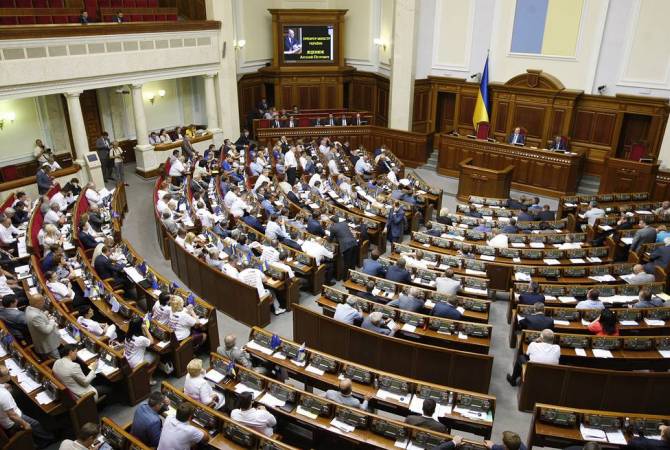 (Armradio) – A draft resolution on honoring the memory of the Armenian genocide victims has been submitted to the Ukrainian Parliament (Verkhovna Rada), AnalitikaUA.net reports.

According to the source, the legislative initiative of the People’s Deputy of Ukraine from “Servants of the People” faction, Daria Volodina on honoring the memory of the victims of the Armenian Genocide was registered on February 14.

Head of the Union of Armenians of Ukraine Vilen Shatvoryanhas called the initiative “an important step demonstrating a consistent commitment to the ideas of humanism, truth and justice.”

Three similar initiatives have been submitted to the Verkhovna Rada over the past 10 years.

In May 2019 Anton Polyakov from the  “Servants of the People” faction had submitted a draft resolution on Recognition of the Armenian Genocide.

On June 6, 2013, the Verkhovna Rada of Ukraine registered the Draft Resolution on the Recognition of the Armenian Genocide in the Ottoman Empire in 1915.

On April 3, 2015, the Parliament re-registered the draft resolution on the recognition of the genocide of the Armenians by MP Vitaly Barvinenko. Dozens of people’s deputies joined the initiative of the parliamentarian.