Eight Nobel Laureates to Arrive in Armenia for Starmus Festival 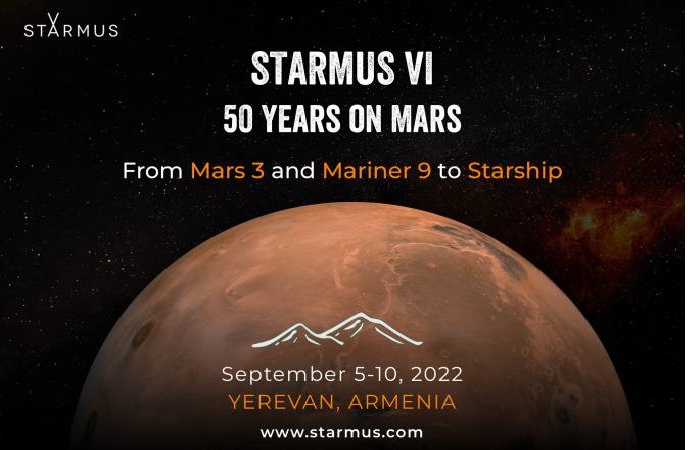 Eight Nobel laureates, including renowned biochemist and molecular physiologist Tim Hunt, will arrive in Armenia to take part in the Starmus Festival to be held in Armenia on September 5-10.

The star-studded sixth international gathering will celebrate art, music, and science in the capital Yerevan and other Armenian cities.

Starmus co-founder astrophysicist Garik Israelian has revealed that Canadian astronaut Chris Hadfield, whose lectures are attended by 10,000-15,000 people will also participate in the festival. In 2013, while rotating around the Earth, Hadfield recorded a cover of David Bowie’s early career hit, “Space Oddity”. Four years later, the music video they created and released has been viewed more than 51 million times․

Israelian also said that famous rock stars will travel to Armenia, adding that System of Down frontman Serj Tankian and jazz pianist and composer Tigran Hamasyan too will join the event. SpaceX founder Elon Musk and the original lead singer of Genesis Peter Gabriel are also interested in the festival.

The festival will be open to universities and other attendees. Events will also be organized in Gyumri and other towns so that the festival has a wider reach.

Starmus is a global festival of science communication and art that brings together the most brilliant minds on the planet.

Israelian came up with the idea of establishing Starmus in 2005, when he compiled a unique library of acoustic sound waves produced within the bodies of stars. Other scientists then joined forces with Dr. Brian May, astrophysicist and legendary guitarist of the band Queen, to create the festival that would bring the space stars together with music.