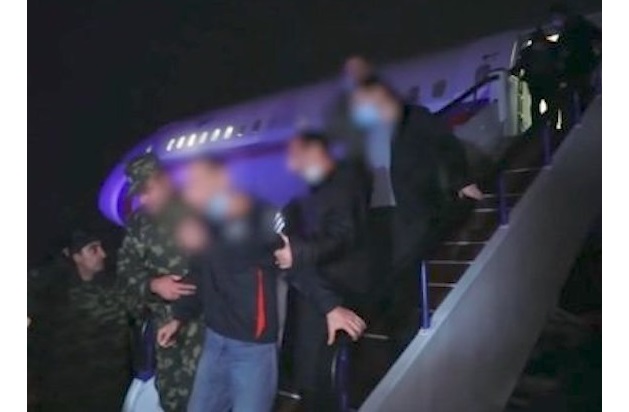 The prisoners of war were being escorted by Commander of the Russian peacekeeping forces in Nagorno-Karabakh, Lieutenant-General Rustam Muradov.

Muradov told reporters that Russian peacekeepers have transported one prisoner of war to Baku and returned five prisoners of war to Yerevan, according to TASS.

“Today there was another exchange of prisoners of war for the purpose of implementing the trilateral statement signed by the leaders of Russia, Azerbaijan and Armenia on November 9, 2020,” Muradov said, adding that the Russian peacekeepers will continue to help implement the trilateral agreement unwaveringly in the future as well.

“I wouldn’t be exaggerating, if I said that this is truly one of the major issues that the president, foreign minister and defense minister are personally dealing with. Of course, the solution might not be as quick as we would like it to be, but believe me when I say that maximum efforts are being made. I’m certain that the issue will be solved,” the Ambassador said.

A member of the ruling My Step parliamentary bloc, Nazeli Baghdasaryan, took to her Facebook to report that three of the five Armenian POWs are from Armenia’s Shira Province.

Armenia’s Borders are Being Changed Under Threat of War, Warns Human Rights Defender