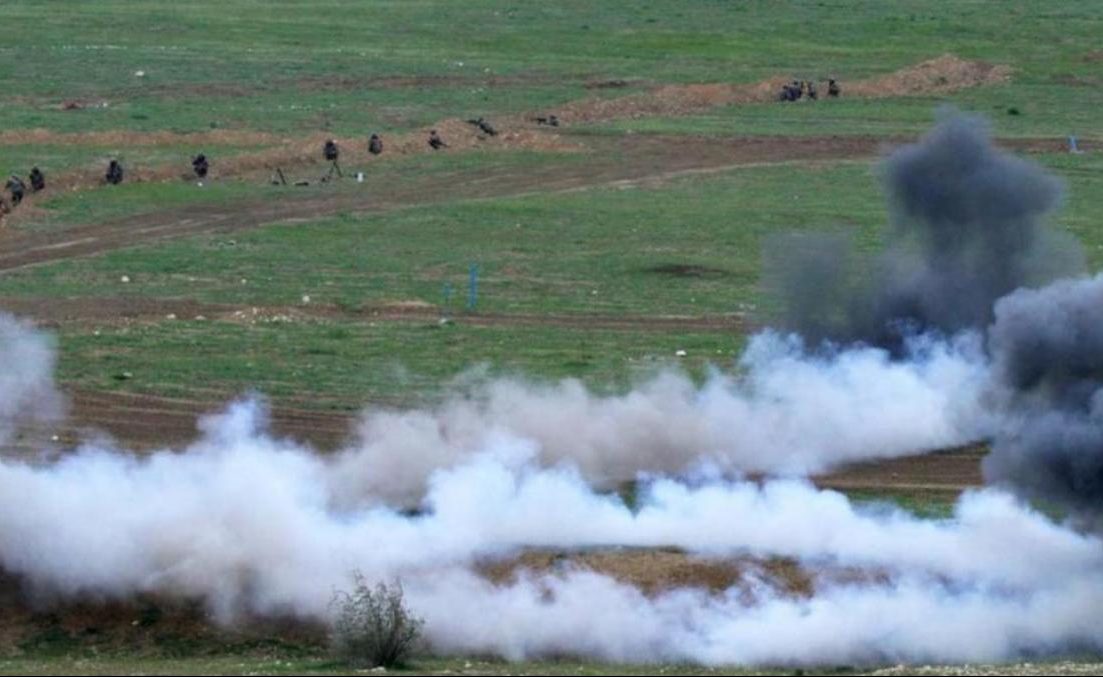 After a near 10 hour meeting between Armenian, Azerbaijani, and Russian foreign ministers in Moscow regarding Nagorno Karabakh, a humanitarian ceasefire was agreed upon starting at noon local time on October 10 between Armenians and Azerbaijanis.

The Ministry of Foreign Affairs of Nagorno Karabakh issued a statement regarding the violation of the humanitarian ceasefire.

“We strongly condemn Azerbaijan’s perfidious violation of the humanitarian ceasefire agreement that was implemented with Russian mediation, which called for prisoner of war exchanges and the collection of fallen soldiers. It is particularly outrageous that the alliance of Azerbaijan, Turkey, and international terrorists launched an attack immediately after the Nagorno Karabakh Republic Defense Army announced a humanitarian ceasefire. The international community can only help bring an end to the current situation with the recognition of Nagorno Karabakh as an independent republic, which will provide the necessary legal mechanisms to guarantee peace and security for our republic and the region as a whole,” the statement says.

In regards to pursuing active measures to ensure a stronger ceasefire, Armenia’s Foreign Ministry Spokeswoman Anna Naghdalyan said that “Efforts are being made through all diplomatic channels to implement the ceasefire agreement reached between Armenia, Azerbaijan, and Russia.”

Following his meeting with Russian and Azerbaijani counterparts, Armenia’s Foreign Minister Zohrab Mnatsakanyan stressed that it would be impossible to talk about progress without putting an end to the current situation. He also stressed the impossibility of having Turkey play any role in the negotiations.

“The outcome from these long negotiations was that we need to stop the gunfire, to stop this atrocity, this war, to fix and strengthen this ceasefire, and then begin discussing the peace process. We also must reaffirm that the Minsk Group Co-Chairs remain the only internationally recognized platform for peaceful negotiations,” Mnatsakanyan said.