Forbes: Welcome to Armenia – The World’s Next Tech Hub 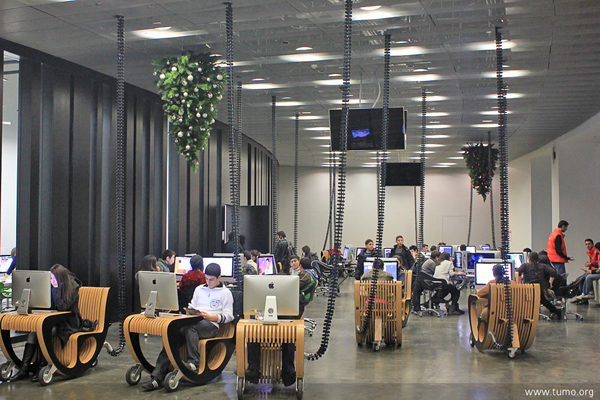 (Armradio),- As Azerbaijan, Georgia, and Turkey join together and engage in major infrastructure projects, Armenia has taken a different path, according to Forbes.

“Rather than diving headfirst into the promises of the New Silk Road or industrialization, they’re wagering their chips on a completely different table: technology,” author Wade Shepard writes.

He emphasizes that tech is now the largest foreign investment in Armenia and many of the world’s most powerful technology firms—including Intel, Microsoft, Google, IBM, Synopsys and Cisco—all have a physical presence there, as the country’s tech sector grew 33% in 2018 to become a $250 million a year industry

Armenia is a landlocked country in the bowels of the Caucasus with scant natural resources, Wade Shepard writes, adding that “all the country has is human capital, which it’s doubling-down on as high-tech research and development has become a national priority—a do or die objective to connect and do business with the outside world and break the blockade that’s building up around it.”

“While Armenia has been making strides towards developing its high-tech sector for many years, it wasn’t until the Armenian Revolution of 2018 that momentum really started to build. Suddenly, the little, insignificant country hidden deep in the centrefold of the world map was full of hope and looking forward to a future that seemed unusually bright,” he continues.

“The Armenian nation has never really been able to live for itself. It’s always had someone dominating it or ruling it or manipulating it,” the article quotes half-Armenian Reddit co-founder, Alexis Ohanian as saying.

“This could mark the start of the first time when this country and especially the young people—the ones who are the most hungry, the most driven, the most optimistic—to actually have a chance to determine for themselves the fate of the country and where it heads, and that is a part of the Armenian experiment that has not really ever happened,” Ohanian says.

“We have small resources and high technology is one of the main directions of the Armenian economy to overcome the blockade and to import and export our educational brands outside,” says Anzhela Kzhdryan, Spokesperson for Armenia’s Minister of Education and Science.