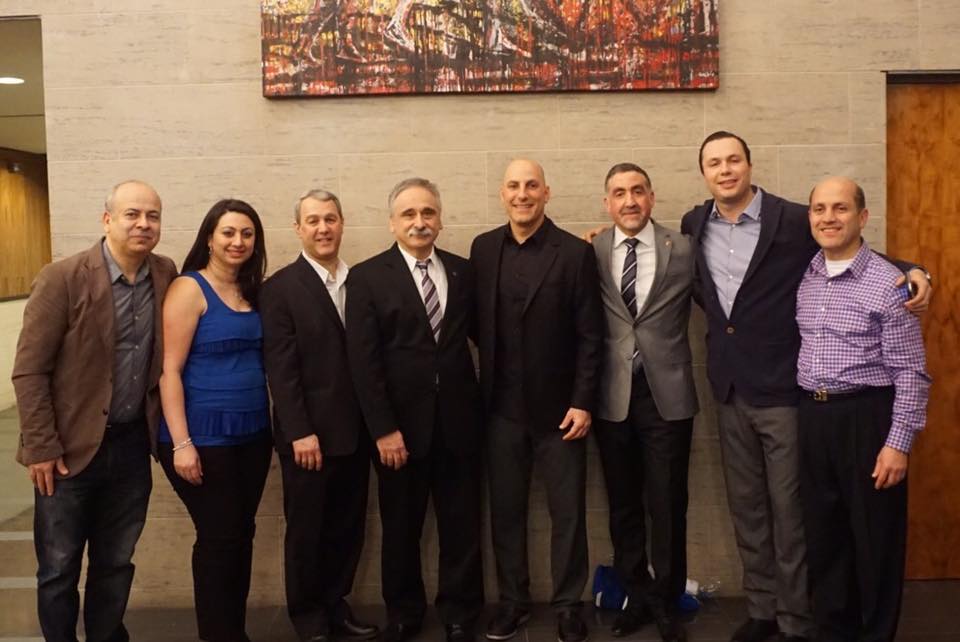 Kalamian is a former assistant coach of the Toronto Raptors and currently serves as an assistant coach for the Detroit Pistons. He led team Armenia to victory in every game of the four-game tournament earlier this year.

“Armenia’s entry in the FIBA European Championship for Small Countries is a tremendous step forward in advancing Armenia’s position in basketball on the international stage. Kalamian embarked on his journey as head coach to highlight the talent of Armenia’s basketball players and the prowess of Armenian athletes worldwide,” read a part of the statement issued by the ANCA-WR. The ceremony will take place at the ANCA-WR’s annual gala on Sept. 25, at the Beverly Hilton Hotel.

Kalamian has spared no effort in becoming familiar with the Armenian communities in and near the cities in which he coaches. In 2016, Kalamian was the guest of honour and keynote speaker at Homenetmen Toronto’s annual banquet.

The son of Bronx-born Armenians, Kalamian’s family relocated to Los Angeles, where he attended East Los Angeles College before graduating from Cal Poly Pomona with his Bachelor’s Degree in Business Management. Before his rise in the NBA, he spent two seasons as an assistant coach for his alma mater, East Los Angeles College, where he was once named team captain, leading in the South Coast Conference in three-point shots during the 1988-89 season. His love of three-pointers echoes through his career as a player and coach, proving that his greatest gift is his ability to impart wisdom in the game he loves to teach new generations of athletes to embrace and nurture their talent.

His career in the NBA has earned him the respect of both his colleagues and players. He has held coaching positions for the Denver Nuggets, Minnesota Timberwolves, Sacramento Kings, Oklahoma Thunder, and Toronto Raptors. He is best known for his nine years with the Los Angeles Clippers before serving as assistant coach to the Detroit Pistons. Kalamian made headlines this past January when he led the Pistons to victory, sitting first chair due to head coach Dwane Casey’s temporary exit in adherence to Covid-19 protocols. Under his leadership, the Pistons played one of their best games of the year, with 15 three-pointers in the second half, Kalamian’s signature, setting a new team record.

His leadership of the Armenian National Basketball Team in the FIBA Championship brought together his Armenian roots and his prowess as a coach. On the historic nature of Armenia’s entry into the tournament, Kalamian remains humble, reflecting on his love of basketball and his grandmother, Yevkine Yeramian, who was a survivor of the Armenian Genocide. “There are too many good Armenian basketball players and too many kids out there that play. We need to have an Armenian Basketball Team,” he said, noting what motivated him to lead efforts to promote Armenia’s participation. “My Grandmother was an Armenian Genocide survivor, and I heard directly from her mouth how she persevered and how she made a life in the United States of America. It is truly amazing! When I think about the things she went through and how she fought, I think this is the smallest thing I can possibly do in her memory: give back to Armenia. I’m excited to have the ability to lead these extraordinary young men and to make our nation proud.”

“It gives us great pride to see coach Rex Kalamian lead the Armenian National Basketball Team to victory. He is an inspiration for Armenian athletes everywhere,” said ANCA-WR Chair Nora Hovsepian, Esq. The ANCA-WR is the largest and most influential nonpartisan Armenian American grassroots advocacy organization in the Western United States. “Coach Rex has not only honored his heritage, but more significantly, he is paving the path for our incredible young athletes and has laid the groundwork for future generations of champions,” Hovsepian added.