Four Journalists, Including Two From “Le Monde” Injured in Martuni 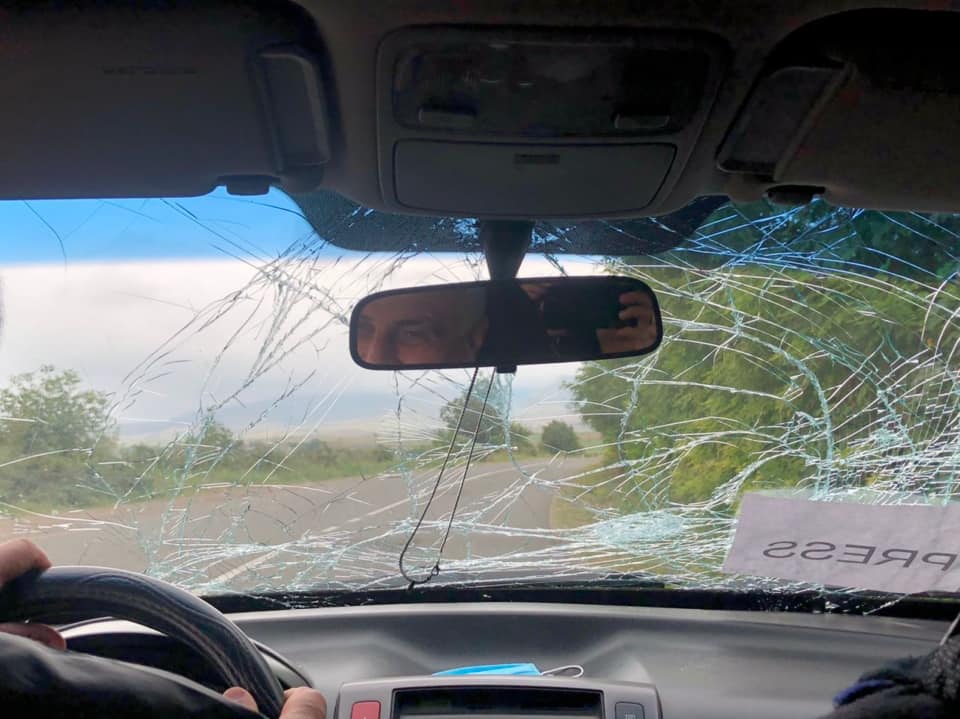 ARMENPRESS. The Azerbaijani armed forces have targeted a vehicle transporting the crew of the Agence France-Presse (AFP) international news agency in Artsakh, the Artsakh authorities said, posting images of the damaged vehicle.

The Azerbaijani military targeted a group of journalists in Martuni on October 1.

Two French reporters of Le Monde, a cameraman for the ARMENIA TV Channel, and a reporter of 24News were wounded as Azeri forces shelled the town of Martuni in Artsakh.