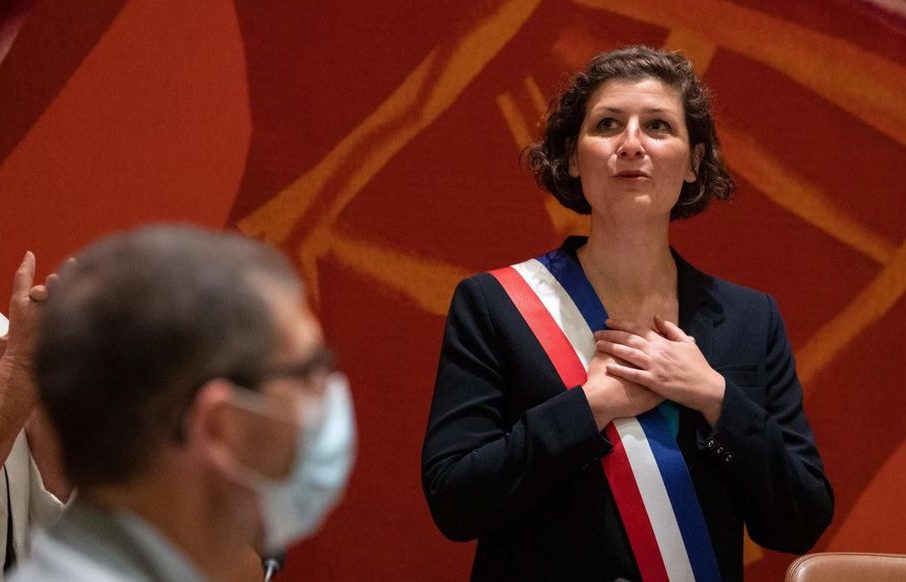 Jeanne Barseghian wears tricolor scarf that formalizes her tenure as the head of the City Hall of Strasbourg.

(AFP-Armradio)- French Armenian Jeanne Barseghian officially became the first ecological mayor of Strasbourg on Saturday, declaring “the state of climatic emergency” for the city which she wants to make “the European capital of ecological, social and democratic transition”.

Jeanne Barseghian received the tricolor scarf formalizing her tenure as the head of the City Hall of Strasbourg.

“It is with great emotion that I receive this scarf, the symbol of our Republic,” she reacted. “It is a great honour to represent all Strasbourg residents. It is the noblest and most beautiful of missions.”

In her first speech as Mayor of Strasbourg, Baghdasaryan pledged to address three major challenges: the ecological challenge, the social challenge and the democratic challenge.

“Our environment is sending us increasingly stronger and more frequent signals and there is no longer any question of looking away. It’s time to look at the world as it is and take strong, ambitious and collective actions,” said the 39-year-old lawyer after having obtained 53 votes in favor. Eleven councilors abstained from voting.

During the first sitting of the municipal council, Jeanne Barseghian presented a declaration of “climate emergency” for Strasbourg, as some cities like Paris or Barcelona have already done.