(Asbarez)- A French lawmaker and the mayor of Paris—two powerful female politicians in France—separately said they would support the recognition of Artsakh as an independence republic.

Long-time Armenian issues supporter Valérie Boyer said Monday that she would introduce a resolution in the French Senate for the recognition of Artsakh. A similar measure was introduced in the France’s Lower House of Parliament last week.

“This week I will submit to the Senate a proposal to recognize Nagorno-Karabakh and condemn the actions of Turkey and Azerbaijan,” Boyer wrote on social media Monday.

On Tuesday, Boyer took to social media again calling all parties represented in the French Senate to support her proposal to recognize Artsakh and condemn Turkey and Azerbaijan for their joint aggression and attacks against Artsakh and Armenia.

“I have asked all the groups of the Senate to join my proposal of recognizing the independence of the Republic of Artsakh and condemning the actions of Azerbaijan and Turkey. Lives are endangered, genocide is taking place in front of us. It’s time to act,’’ Boyer wrote on her Facebook page on Tuesday.

“If the only solution to the current conflict is the recognition of Nagorno Karabakh, we should not hesitate,” said Paris Mayor Anne Hidalgo in an interview with Nouvelles d’Armenie, excerpts of which were published by Armenpress. She was commenting on the bill introduced by 22 members of parliament in France’s lower house. 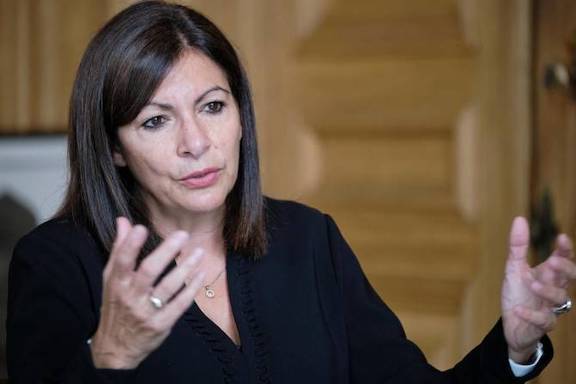 Saying she personally supports people’s right to self-determination, Hidalgo explained the her government is opting to advance a settlement to the Karabakh conflict through the Minsk Group co-chairs. France being one of the co-chairing countries, Hidalgo believes, that its foreign ministry is working effectively and in a pragmatic way to stop the conflict.

“The goal is for Armenians to be able to live securely and safely in Nagorno Karabakh and Armenia. I share the priorities of the French government, which, together with the other Co-Chairs of the Minsk Group, is seeking to end the clashes and return to negotiations,” said Hidalgo. “We must support Armenia in this ordeal and fight.”

Hidalgo said that it is obvious that the Turkish-supported Azerbaijan is the aggressor.

“Therefore the Baku regime bears a lot of responsibility. The future of Karabakh and its people must be decided with the support of the OSCE Minsk Group co-chairs – France, USA and Russia. I hope they’ll be able to stop the conflict as soon as possible and start negotiations for achieving lasting and just peace in the region. I hope the humanitarian ceasefire that was reached over the weekend will hold unlike the previous one that was violated numerous times. War is never a solution,” she said.

Hidalgo also singled out Turkish President Recep Tayyip Erdogan, whose regime she said is inciting nationalism, is denying the fact of the Armenian Genocide and is encouraging the attempts of ethnic cleansing of the people of Nagorno Karabakh

“Every time I visit Yerevan, I pay tribute to the memory of millions of victims,” said Hidalgo who added that it still amazes her how people can plan and commit such heinous crimes.

Unfortunately, Hidalgo said, Turkey’s involvement in the conflict against Armenians evokes the memory of the genocide both in Armenia and the Diaspora.