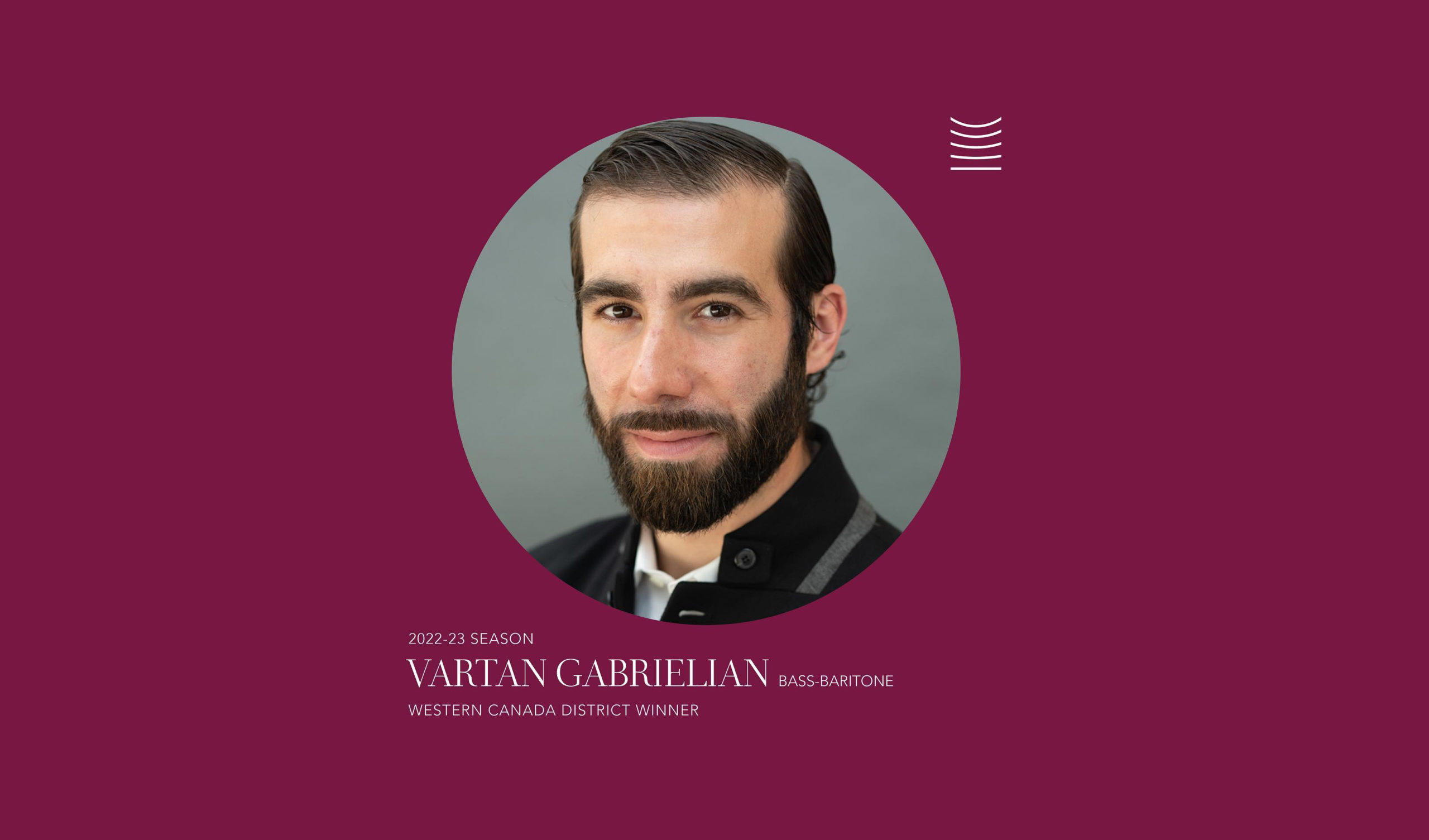 Toronto Armenian bass-baritone Vartan Gabrielian is one of two winners in the Western Canada division of the Metropolitan Opera Laffont Competition. The winners were announced on Nov. 17 on the competition’s official Facebook page.

The competition is designed to discover promising young opera singers and assist in the development of their careers, and is sponsored by the Metropolitan Opera National Council. Yeeun Lee (mezzo-soprano) also won the prestigious prize from the Western Canada division, while Catherine Thornsley (mezzo-soprano) was given an encouragement award.

Toronto-born Gabrielian served on the altar at the St. Mary’s Armenian Apostolic Church of Toronto and began voice lessons at 14 with the encouragement of the late Archbishop Meghrig Parikian. He is a recent graduate of the Canadian Opera Company’s ensemble and the Santa Fe Apprentice programs. He made his professional debut with the Opéra de Montréal performing the role of Sparafucile (Rigoletto) while he was still a student.

Gabrielian is a graduate of the prestigious Curtis Institute of Music, earning a Bachelor’s and Master’s Degree in Vocal Performance under Marlena Malas and Armen Boyajian. His roles for this season include his house debut as Nourabad (Les pêcheurs de perles) at Vancouver Opera. At the Canadian Opera Company, Gabrielian returns to perform Jailer (Tosca) and Dottore (Macbeth) in addition to covering Figaro (Le nozze di Figaro), Banquo (Macbeth), and First Nazarene (Salome). A sought-after concert performer, Gabrielian will also be performing Verdi’s Requiem under the baton of Francis Choinière.