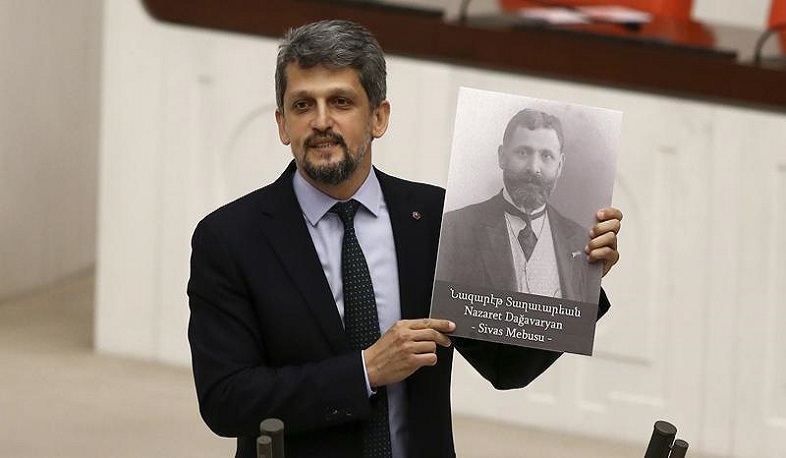 (Zartonk Media)- Garo Paylan, a Turkish-Armenian lawmaker from the Peoples’ Democratic Party (HDP), believes that only Turkey’s recognition of the Genocide can heal the wounds of the Armenian people, per PanArmenian.
In an interview with CivilNet, Paylan said U.S. President Joe Biden’s expected acknowledgement can’t remedy the Armenians’ wounds. According to him, only the Turkish parliament and the Turkish President is capable of that.
Paylan noted that justice must be restored where the crime was committed. He said the democratization of Turkey is key, and although there is still a long way to go, he and his colleagues are fighting for that.
On April 24, 1915, a large group of Armenian intellectuals was rounded up and assassinated in Constantinople by the Ottoman government. Today, on April 24, Armenians worldwide are commemorating the 106th anniversary of the Genocide which continued until 1923. Some three dozen countries, hundreds of local government bodies and international organizations have so far recognized the killings of 1.5 million Armenians as Genocide. Turkey denies to this day.
Prev post