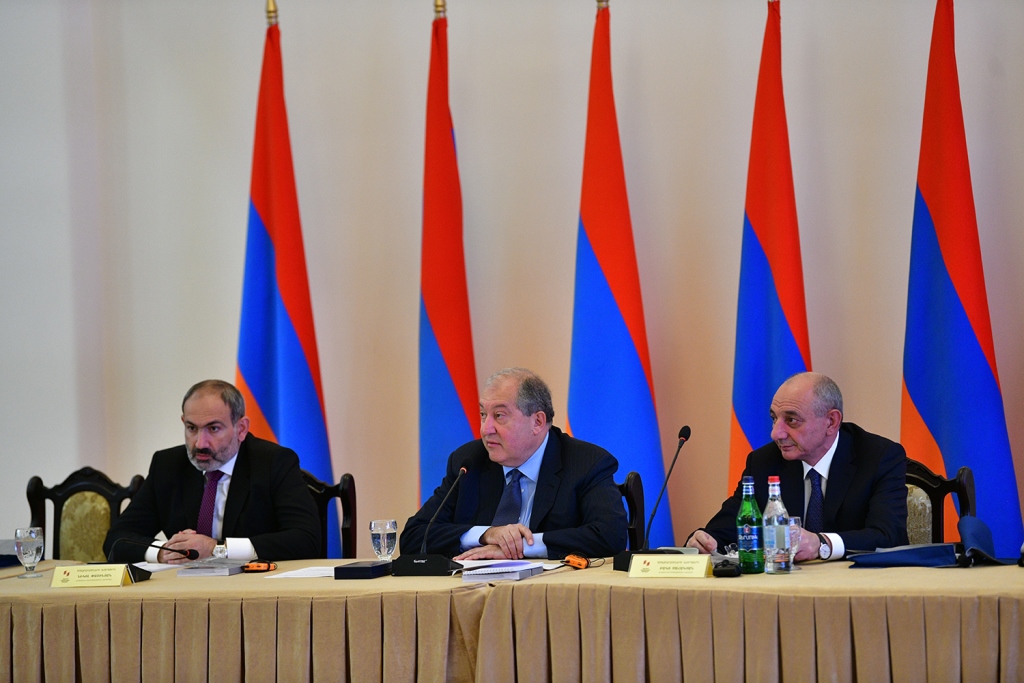 (Armradio) – The Hayastan All-Armenian Fund should be seen as an institute of pan-Armenian trust, which lives with the present, not the past, Armenian President Armen Sarkissian said at the 28th joint sitting of the Fund’s Board of Trustees and local affiliates.

The President stressed that the Fund should not be treated as a road and irrigation system building structure.

“Let’s value the work done on the past and think about the future through the present, and move towards future,” Armen Sarkissian stated.

He further emphasized that the Hayastan All-Armenian Fund should be a structure that stands above all any suspicion, assumption or speculation.

According to the President, the fund created in the 20th century achieved tangible results, Now, he says, it’s time for Hayastan Fund to become a national institute of the 21st century.

“Parallel to the traditional projects, new ones should be developed and implemented. These can include panel programs meeting the requirements of the time,” he stated.

President Sarkissian added that “the Fund should not be seen as a fundraising structure and its Diaspora affiliates should not work as treasury offices.”

“It’s time for the Fund to assume the mission of reinforcing and strengthening the pan-Armenian network. We face the problem of preserving the Armenian language, identity, and history and value system, which gets sharper under the conditions of globalization,” Armen Sarkissian stated.

He voiced hope that the Hayastan Fund would maintain its pro-Armenian activity through new programs and with new inspiration.