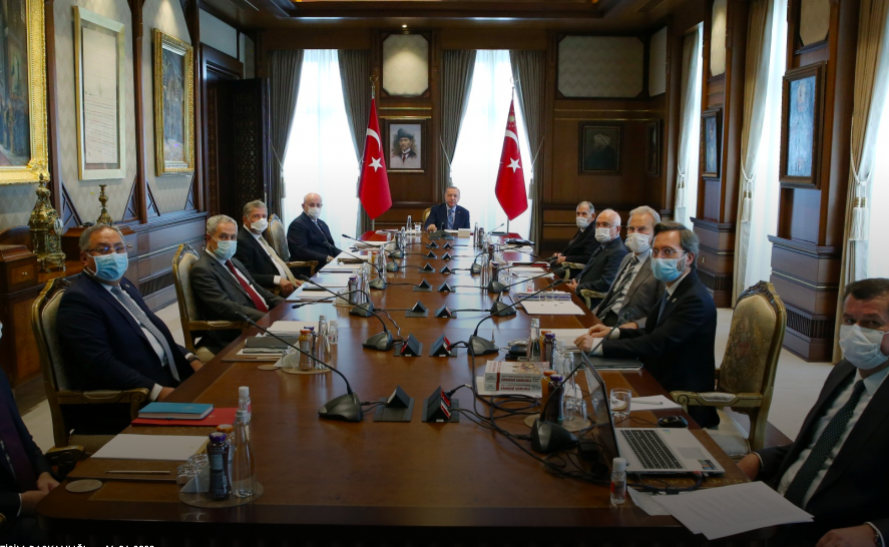 (Armradio)- High Advisory Board of Turkish presidency has discussed the steps against the international recognition of the Armenian Genocide.

The board gathered on Tuesday to discuss how to respond to “groundless and anti-Turkey allegations regarding the events of 1915,” Anadolu Agency reports.

Following the five-hour meeting behind closed doors, Communications Director Fahrettin Altun reiterated that Turkey would not allow the “hostility seeds” that sought to be sown through “distorted historical events.”

The statement accused the “Armenian lobby” of exploiting the “challenging and painful era endured by all Ottoman citizens for the sake of political calculations through lies and slanders that were invented by various power groups.”

Altun said that during the meeting, “comprehensive steps were discussed to prevent the Armenian lobby from using 1915 events to defame Turkey and our nation and also the propaganda made by countries through unrealistic allegations that manipulate the issue with political calculations.”

Armenian Cognac Might Be the Booze World's Best Secret