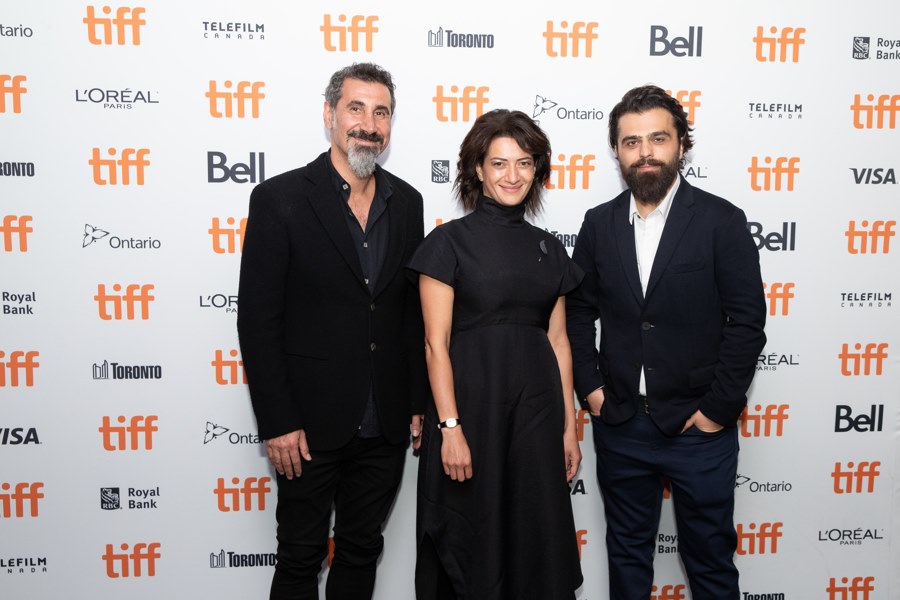 Director Garin Hovannisian, Anna Hakobyan and Serj Tankian at the premiere of I Am Not Alone at TIFF, September 7, 2019.

(TorontoHye)- Garin Hovanissian’s documentary about the Armenian Velvet Revolution, I Am Not Alone, premiered on September 7 at Toronto International Film Festival (Tiff).

The documentary was applauded by a thunderous ovation from a sold-out crowd, among which were the filmmakers and a special guest Anna Hakobyan, a journalist and wife of Armenia’s prime minister Nikol Pashinyan.

The screening was attended by director Garin Hovannisian, Executive Producer and composer Serj Tankian, and most of the filmmaking team.

Right after the screening Hakopyan, Hovannisian, Tankian and other members of the film crew took to the stage answering questions from the audience and the organizers.

The documentary will have 2 more screenings on September 9 and 15 at Scotiabank Theatre (259 Richmond St W, Toronto). Film team during a Q and A session at Scotiabank Theatre Toronto, September 7, 2019.