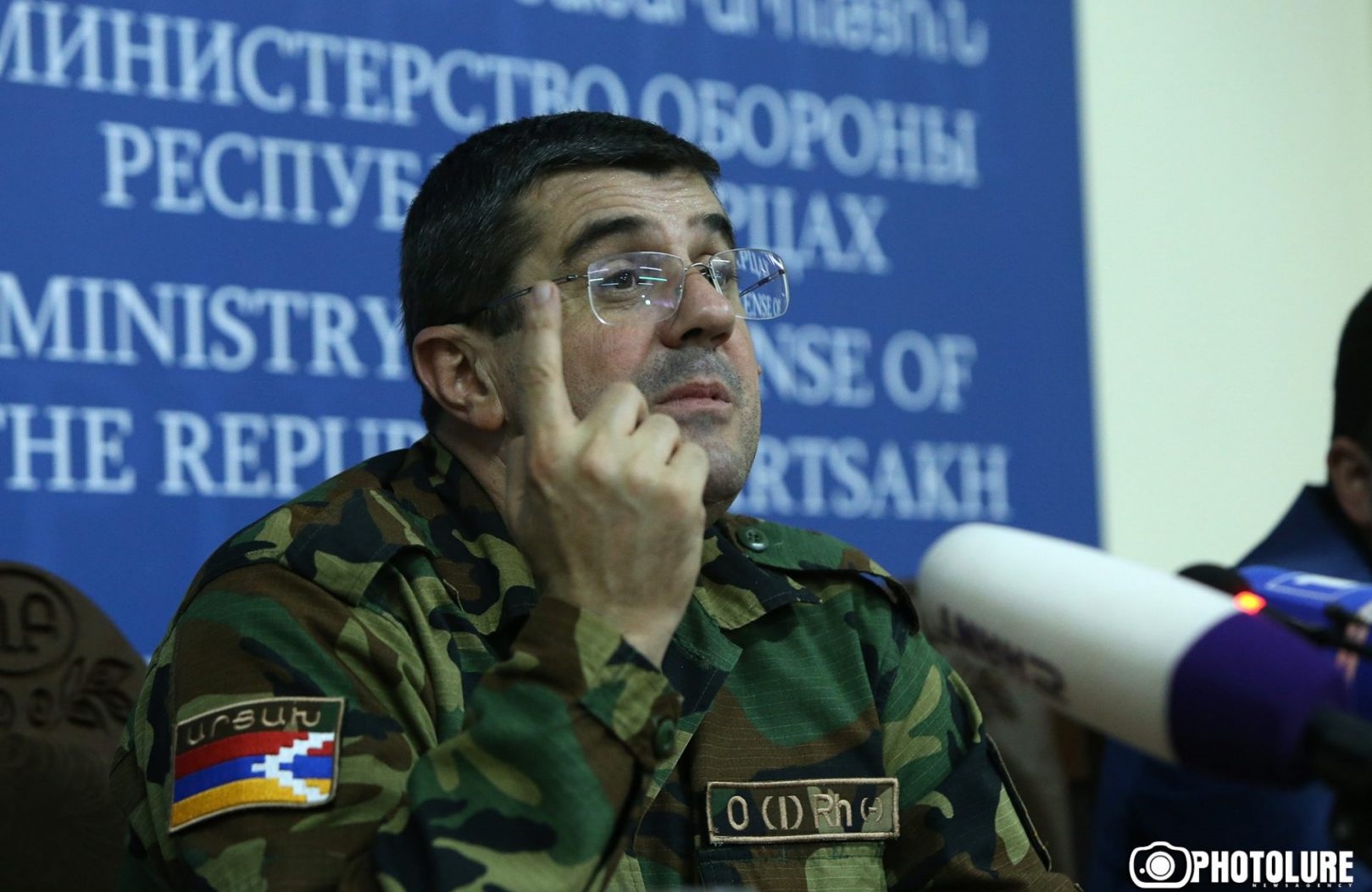 (Armradio)-We fight not only against Azerbaijan, but also against Turkey, Artsakh Republic President Arayik Harutyunyan told a press conference today.

He said the Azerbaijani side is using the most state-of-the art equipment, jets and UAVs at the disposal of the Turkish army.

“The same F-16 jets that have been on the territory of Azerbaijan for over a month under a pretext of joint military actions, have been used since morning,” the President said.

“I want this to be a clear message to the whole world. It’s not Azerbaijan, it’s Turkey fighting against Artsakh. Not only UAVs and jets are being used, there is also a military contingent present, not event to mention mercenaries and volunteers from other countries,”  the President stated.