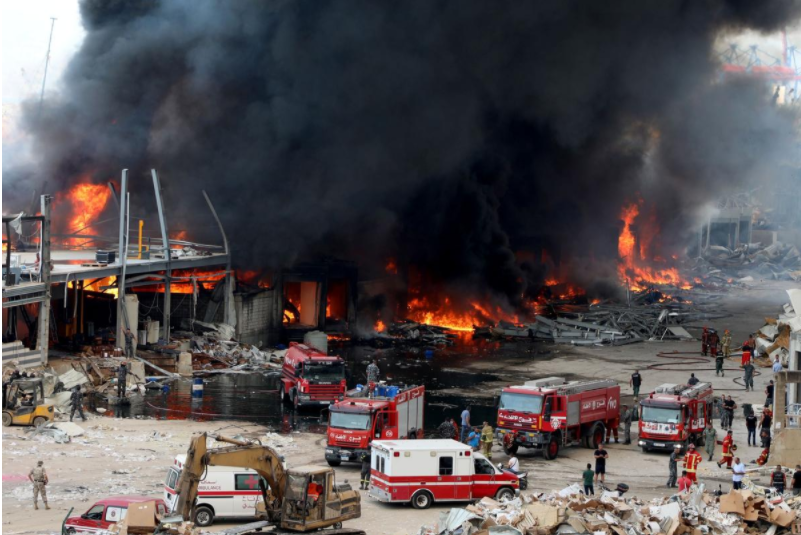 (Reuters)– A store of oil and tyres at Beirut port burst into flames on Thursday but there were no immediate reports of injuries, a little more than a month after a massive blast devastated the port and surrounding residential area of the Lebanese capital.

The army said it was not immediately clear why the oil and tyres had erupted in flames and said it was sending helicopters to help bring the fire under control. Television footage showed a helicopter dropping water on the blaze.

The blaze erupted in the duty-free zone of the port, sending a huge column of smoke above a city still traumatised by the explosion on Aug. 4 that killed about 190 people and injured 6,000 people.