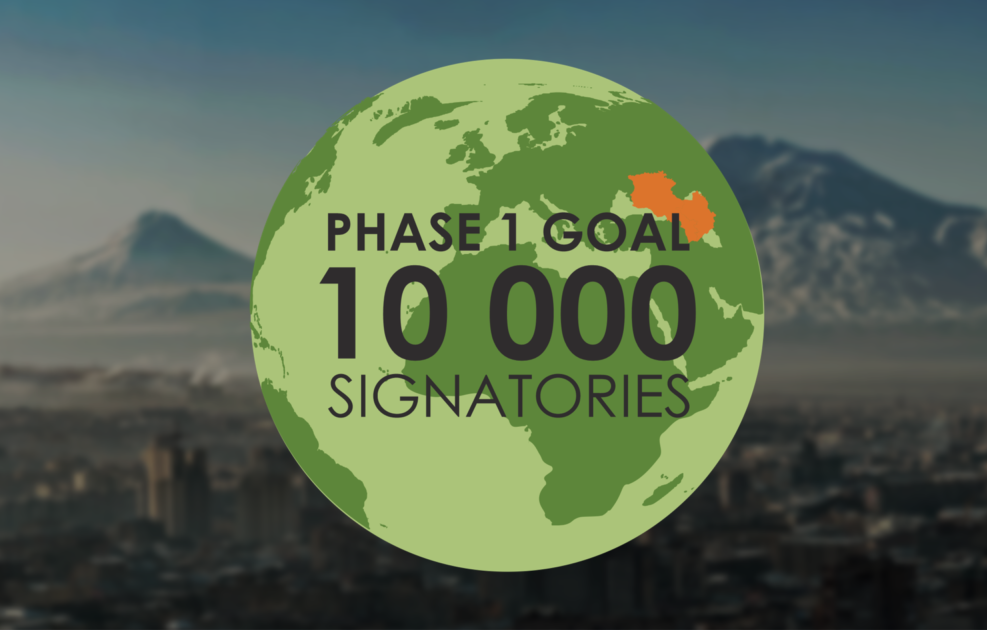 More than 10 thousand people from Armenia and all over the world have joined The FUTURE ARMENIAN public Initiative. The signatories are mainly from Armenia – 57%, Russia – 17%, the United States – 10%, people from Canada, Argentina, France, Germany, and other countries have also joined the Initiative. Discussions, meetings, workshops will be organized with them to discuss and determine the best way to achieve the 15 goals of the Initiative.

The FUTURE ARMENIAN Initiative aims to foster a dialogue that leads to a common framework of understanding around the sustainable development of Armenia and Armenians as a nation. The Initiative group includes Richard Azarnia (France), Artur Alaverdyan (Armenia), Noubar Afeyan (USA), and Ruben Vardanyan (Russia).

The next goal of the Initiative is to involve 30,000 signatories. Only they will receive articles on the analysis of 15 goals before publication, and the special report developed by McKinsey & Company and the program on the development of Armenia.

“We try to unite people who think about the future, want to join, discuss together and plan our next steps. This is a pan-Armenian Initiative; we invite everyone to join on an equal basis. This is our common problem. We are convinced that no small group can solve all these problems alone,” says Artur Alaverdyan, The FUTURE ARMENIAN Co-Initiator.

“Today is a very difficult time for us, but at the same time, we all believe that this is a great opportunity to rethink many things, change some of the approaches that wouldn’t have been done before and try to do something new. This new Initiative started with the message that we do not want to give answers. We want to raise key points so that people can talk, debate on what kind of future we want to see collectively for our nation, our state, the relationship between the Diaspora and our state, our relationship with Armenia and Artsakh,” says Ruben Vardanyan, The FUTURE ARMENIAN Co-Initiator.

The Initiative intends to encourage open debate to select a future that would appeal and galvanize the collective forces of Armenia and Armenians globally. The Initiative is aimed at involving 100 thousand signatories.

“I think Armenia should take advantage of the Diaspora. We have to rethink our role as citizens, as individuals, as part of a network which Armenia already is, Armenians already are, and develop that new social contract on the back of a historical strength that we have and the willingness for Diasporans to engage and support Armenia”, says Richard Azarnia, The FUTURE ARMENIAN Co-Initiator. Anyone interested can become a signatory by visiting www.futurearmenian.com, participating in the upcoming discussions of The FUTURE ARMENIAN Initiative, and planning the next steps together.

“Eternity Square” To Honor The Fallen Heroes Of Artsakh Wars