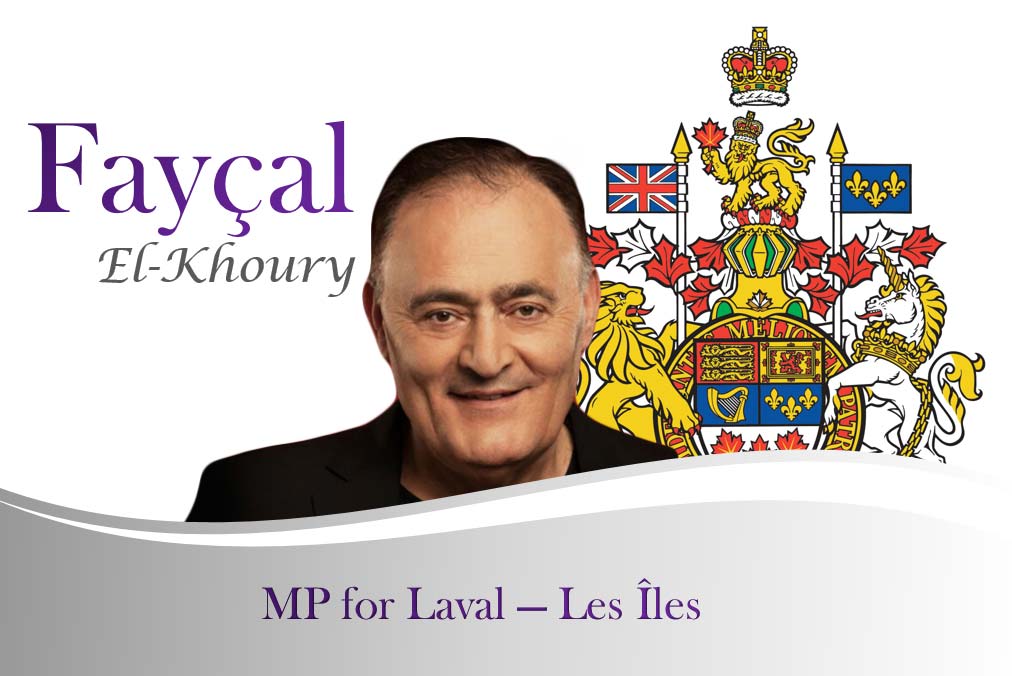 OTTAWA – Today, the Armenian National Committee of Canada joins the international community and Armenians around the world in the solemn remembrance of the 30th anniversary of the Spitak earthquake in Armenia, which had caused substantial damages to the land and economy as well as over 25,000 of civilian loss.

To mark this historic tragedy, Faycal El-Khoury, Member of Parliament for Laval-Les Îles, stood in the House of Commons, on Thursday, December 6th, 2018 to honour the lives of the victims of this tragic occurrence and to salute the efforts of Canadians in aiding the Armenian people during those difficult times.

On December 7, 1988, at 11:41, Armenia was devastated by an earthquake, measuring 10 on a magnitude of 6.9 on the Richter scale.  Affecting an area of 80 kilometers in diameter, this natural disaster completely destroyed the city of Spitak, which found itself at the epicenter of the chaos. The surrounding 21 smaller cities and towns were severely ruined and more than 300 villages were in a state of total destruction. Gyumri, the second largest Armenian city and a cultural capital, was annihilated. Armenia’s third largest city of Vanadzor was equally damaged. The earthquake rendered inoperative close to 40% of Armenia’s industrial potential. The entire country was in mourning. The entire world came to assist, and Canada stood at the forefront of the international humanitarian efforts.

In his statement, MP El-Khoury said “Many countries provided aid to Armenia. Today, I want to pay tribute to Canada, the Red Cross, Armenians in Canada, Canadian citizens and the provincial governments who generously sent medical supplies and humanitarian aid to the disaster victims.”

Canada and its Armenian communities mobilized their human resources from coast-to-coast to dispatch clothing, medicines, machinery, and funds to temporarily relieve the suffering. The Canadian-Armenian communities in Montreal, Laval, Ottawa, Toronto, Southwestern Ontario, Alberta, and Vancouver immediately sprung into action by collecting funds, organizing food drives and clothing drives, and arranging for the logistics to transport Canadian aid to Armenia. The total cash contribution from Canada, including sub-national governments and civilian Canadians was over CAD$15 million. The federal government alone gave CAD$5 million.

“I also want to pay tribute to the Canadian Armed Forces for organizing an airlift to get our aid to Armenia. This is a real testament to friendship between peoples.” concluded El-Khoury “

“On this solemn occasion, the ANCC expresses its sincere gratitude to the Canadian people, the federal and provincial governments, the Canadian Armed Forces, and the Canadian Red Cross for their invaluable humanitarian assistance during those much-needed moments and their warm, cordial, and continuous friendship to the Armenian people,” said Shahen Mirakian, President of the ANCC.