My Armenian Grandfather Was a Tailor: Youri Djorkaeff On His Connection With Fashion And The Contract With Zilli 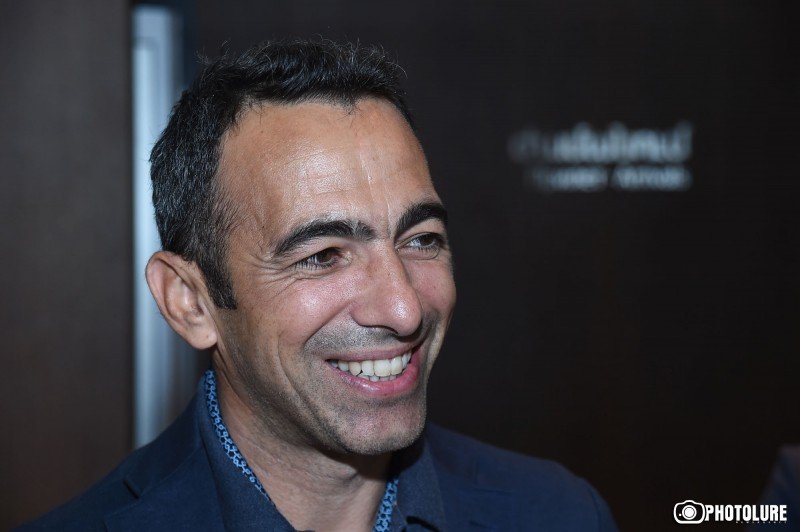 Djorkaeff says in  2016, the director of Zilli Laurent Schimel contacted him to offer to dress for the Euro that he was covering with TF1.

“We started to chat and realized that we had a lot in common. In addition to the fact that it is a Lyon-based company, we have similar paths and life trajectories. A real friendship was quickly created. Rather than playing the simple ambassadors of the brand, we decided to go further and think for long-term collaboration,” the ex-footballer told L’Equipe.

The idea, he says,  was to create his ideal wardrobe for 24 hours and for all places – from sports to the office.

“I opened my wardrobe and looked at the pieces I cared about the most, the ones I wore the most. Some clothes follow me everywhere between Paris, Milan and New York. This is what I wanted to share through this collection. I couldn’t have done things that I don’t wear, it wouldn’t make sense to me. This is my philosophy. I designed the clothes and then worked with the Zilli designers on the materials and the cuts. It’s a real collaboration, it’s not just a marketing coup,” Djorkaeff said.

Asked whether he ever had any connections to the fashion world, Djorkaeff said his Armenian grandfather was a tailor.

“It is a universe that I knew from afar but which I have always liked. My grandfather was a tailor, like many Armenians who immigrated to France. I still remember his warehouse with his fabrics, his huge scissors, his big chalks … It’s a fascinating world that I really like. I am also very sensitive to materials. I went to the workshops of the Zilli brand in Lyon. I could see workers still working by hand. It was a real eye-opener for me,” he added.

Besides, Djorkaeff said that when playing at Inter Milan (1996-1999), he would often be invited to Giorgio Armani shows. “They made me discover this environment.”

“I also know that at that time, the brand’s designers were very close to the world of football. Fashion has always had very strong links with sport in general, and football in particular. With streetwear and basketball, we realize today that sport has its place in fashion,” the former French international said.

“And then, it is also a way to mark your personality: you can find yourself in a sweatshirt, jeans or a t-shirt signed by a great designer. Being able to assert yourself with a piece or two, I think that’s what appeals. To everyone, not just footballers,” he stated.