One Year Ago Today, Freedom Came Under Attack 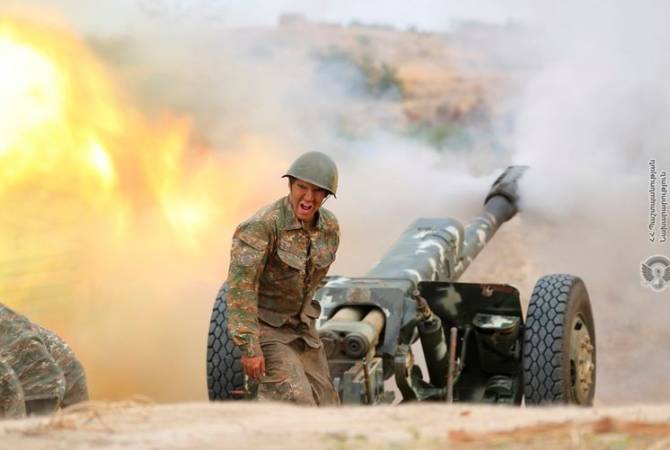 A serviceman of Artsakh’s Defense Army fires an artillery piece towards Azeri positions during fighting over Nagorno-Karabakh, September 28, 2020

ARMENPRESS. Last year on September 27th, Armenians woke up to news that Azerbaijan is attacking Artsakh. Although it was momentarily clear that this attack wasn’t the usual border skirmish, no one would’ve thought that it was the beginning of an all-out war that would last six weeks.

With overt Turkish support and involvement of foreign mercenaries, the Azerbaijani military launched a war of conquest, with indiscriminate bombardments of towns and cities of Artsakh, including the capital city of Stepanakert.

Village homes, apartments, churches and even the maternity hospital of Stepanakert were hit by Azeri strikes.

The Armenian and Artsakhi governments declared martial law and mobilization of reservists, while many people were voluntarily signing up to the military to be deployed to the frontline and defend the nation.

During the entire course of the war, the Azerbaijani military used prohibited munitions against Artsakh, including against civilians. Large-scale evidence exists on torture committed by the Azeri authorities against Armenian captives.

The ceasefire agreement deployed around 2000 Russian peacekeepers to Artsakh.

To this day, Azerbaijan refuses to implement the agreements of the ceasefire and hasn’t returned all Armenian captives.