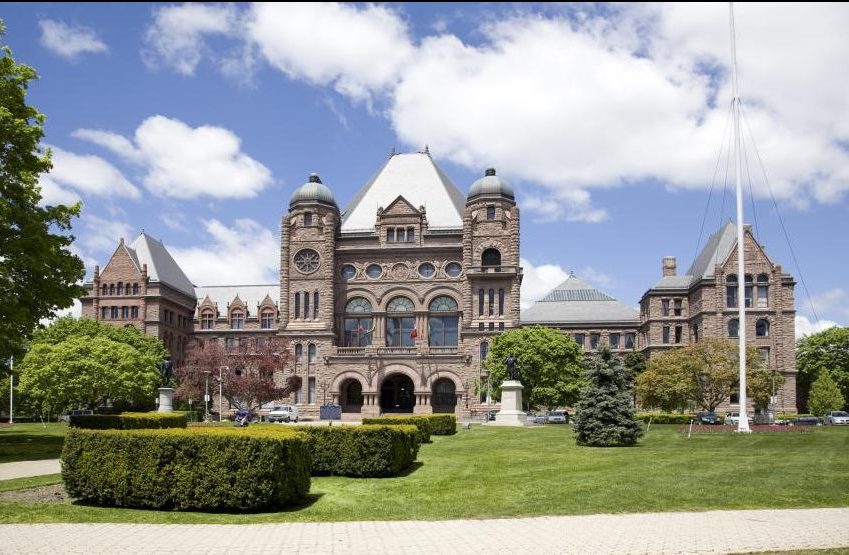 On March 29, The Ontario Legislative Assembly proclaimed the month of May ‘’Armenian Heritage Month’’.

Bill 105 was sponsored by Scarborough-Agincourt Member of the Provincial Parliament (MPP) Aris Babikian. The Ontario Legislative Assembly is the first legislature in Canada to adopt such a measure to honor and pay tribute to Canadian-Armenian contribution to Canadian society.

After the adoption of the Bill, Babikian said: “I am overwhelmed by the unanimous and unwavering support and solidarity of my colleagues in the Legislative Assembly. I am humbled to be their colleague and represent the people of Scarborough-Agincourt in the Ontario house of democracy. My heartfelt gratitude to Ministers Paul Calandar (Markham-Stouffville, Stephen   Lecce (King-Vaughan), Lisa Macleod (Nepean), and colleagues Robin Martin (Eglinton-Lawrence), Vincent Ke (Don Valley North), Effie Traintafilopoulos ( Oakville-Burlington), Logan Kanapathi (Markham-Thornhill), Jennifer Stevens (St. Catharines), and Gurratan Singh (Brampton-Centre) for their camaraderie and heartfelt expressions. I am proud to sponsor this Bill and uphold the memory of our pioneers who sacrificed so much so that the community may thrive and make it a model for so many other groups.”

In his speech, MPP Babikian cited the history of the Armenians in Ontario, the establishment of various Armenian communities in the province, Canada’s noble experiment in helping Armenian Genocide survivors and orphans, and why May was selected as the month to celebrate Ontario Armenians. In his speech, Babikian mentioned the names of some of the renowned Ontario Armenians who have left their indelible impact on Ontario daily life.

The adoption of Bill 105 has another significance. The Second and Third Reading of the Bill took place the same day and within the same legislative sitting. Usually, after the Second Reading is over, a Bill is refereed to the House sub-committee for further study. After it is studied in the sub-committee, it comes back to the full sitting of the House for the Third Reading and vote. In Bill 105’s case, after the passing of the Second Reading, the Progressive Conservative house leader called a rarely used parliamentary procedure to expedite the adoption of the Bill by referring it to the Committee of the Whole House. The last time this procedure was adopted was 20 years ago. Hence, the Bill went through Third Reading and adopted.

“I would like to thank the PC House Leader, Paul Calandra, for his wisdom and leadership in navigating this bill through the legislative process. Furthermore, I would like to thank Prof. Isabel Kaprielian-Churchill, Mr. Jirair Jerry Tutunjian, and Ms. Hasmig Kurdian for their valuable assistance in helping me research the historical facts,” concluded MPP Babikian.