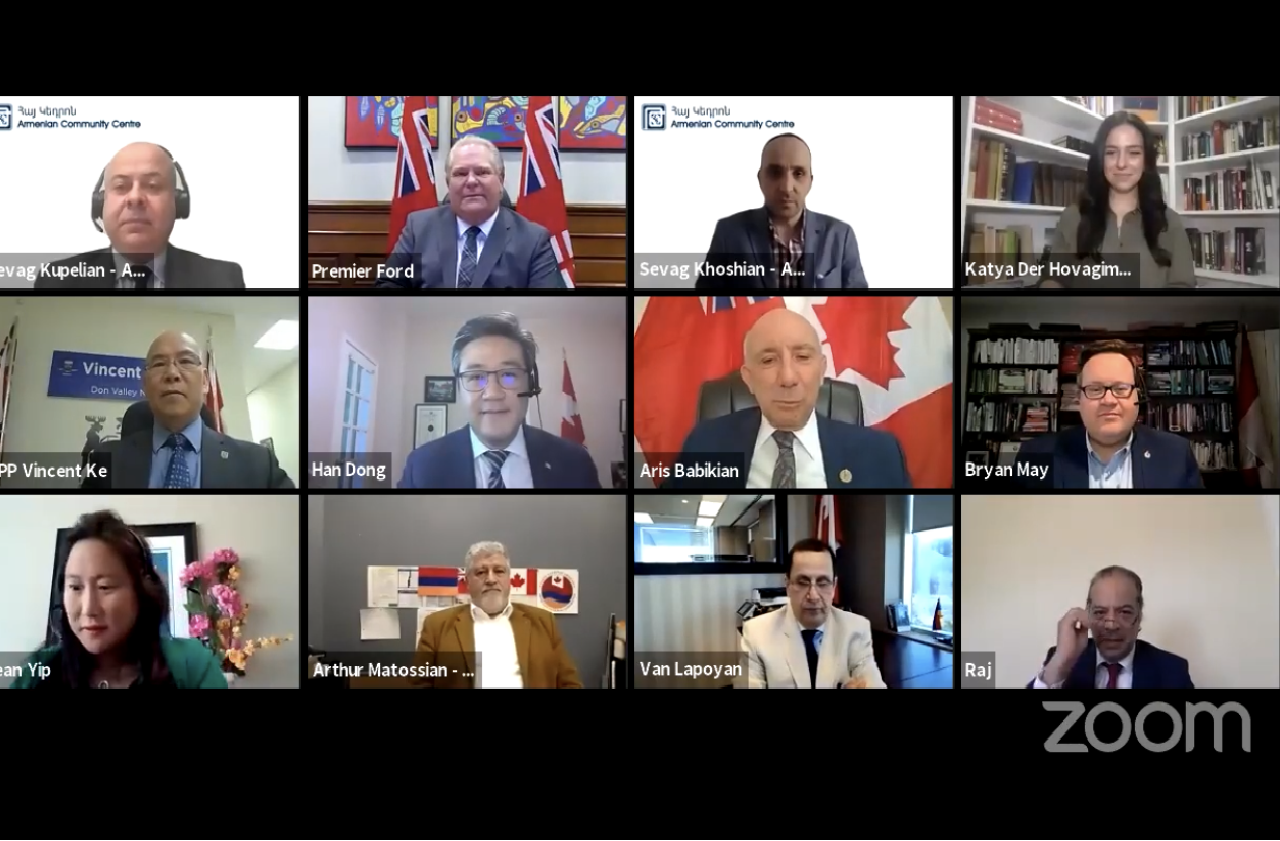 Canadian Federal, provincial officials and Toronto ACC representatives take part at a zoom meeting where the allocation of $3.1M to Toronto ACC was announced, March 12, 2021.

TORONTOHYE (Toronto, Ontario)—The governments of Canada and Ontario announced today a funding of $3.1 million for the expansion of the Armenian Community Centre of Toronto.

“Investments like this are critical as they bring neighbours together and make our communities stronger and more inclusive. The Armenian Community Centre is the home away from home for many Armenians here in Toronto, and by expanding and improving this great facility, we are ensuring it will benefit individuals and families for generations to come,” said Premier Ford.

The project involves a 15,479 square foot expansion of the existing facility which will include six multi-purpose rooms, a music room, common room, and a robotics lab. Additional improvements include: an expanded gathering lounge; a larger entrance to the facility; new, accessible universal washrooms; more storage; and renovations of the gymnasium floor and HVAC system. The project will cost a total of $4.88 million. The remaining funds will be allocated through community organizations and donated by community benefactor Van Lapoyan.

Once complete, the Armenian Community Centre of Toronto will become a more comprehensive, multi-purpose community hub that will offer additional programming to meet growing cultural and recreational needs, and is expected to result in an additional 15,000 residents per year.