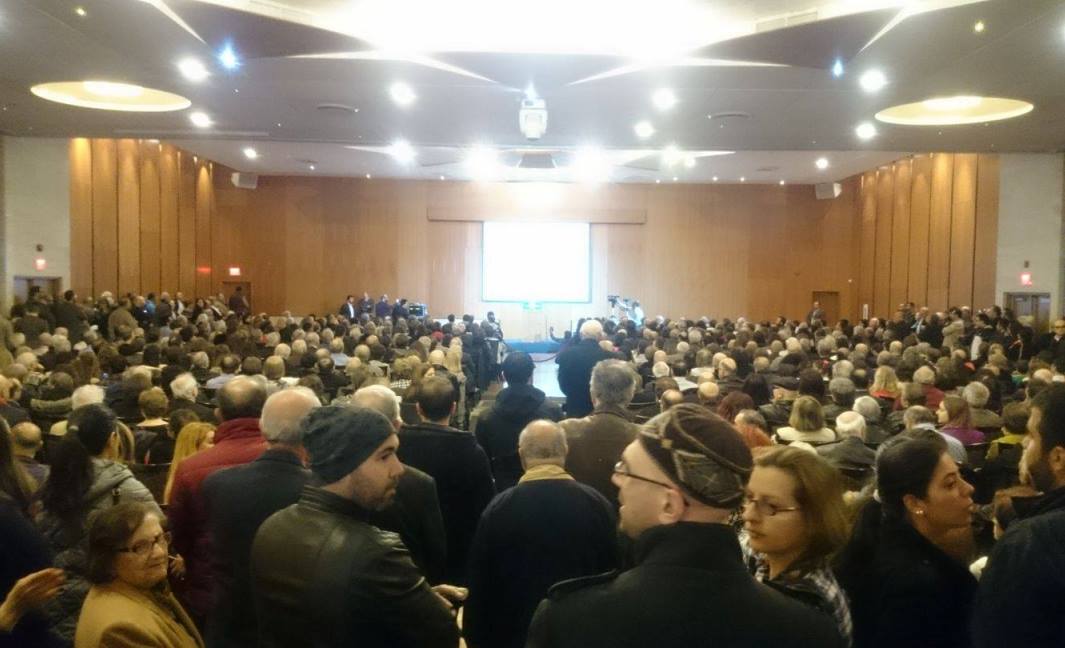 The event was also attended by representatives from the Toronto Kurdish Community Centre and from the Centre for Canadian-Assyrian Relations.

The event started with a short video presentation highlighting Garo Paylan’s civic activism over the past few years.

Sevag Belian, Executive-Director of the Armenian National Committee of Canada, then took the stage to present the organizing committee’s message and introduce Paylan. Belian commended Turkish MP’s ongoing pursuit for equality, justice, and democratic values, proclaiming “Mr. Paylan, your actions are humbling and inspiring. An inspiration that with it displays a tenacity that forces one to fully appreciate the true meaning of our struggle for justice and democracy.” Garo Paylan took the stage to great applause and appreciation. He provided an overview of the current political climate in Turkey, the aftermath of the constitutional referendum and the ongoing uncertainty and concern regarding the rights and freedoms of the minorities living in Turkey. He stressed the importance of acknowledging history, specifically in regards to the Armenian Genocide, stating, “unpunished crimes lead to new crimes.”

Paylan highlighted the importance of maintaining and upholding the values of democracy, tolerance, respect and human rights in the Republic of Turkey and around the world.

The attendees had the opportunity to ask question after which Belian invited the President of the Armenian Community Centre of Toronto Hagop Janbazian to present Paylan with two gifts on behalf of the joint organizing committee: Aram Adjemian’s “The Call from Armenia, Canada’s Response to the Armenian Genocide” reference publication and Kaloust Babian’s photography retrospective. Paylan’s presence and exceptional remarks were an inspiration to the entire community and particularly to the upcoming generations who vowed to carry on the torch in the collective struggle of the Armenian people around the world.

Garo Paylan is a founding member of the People’s Democratic Party (HDP) and is a deputy representing the 3rd district in Istanbul. He is a member of Turkey’s Armenian community and has long been an activist on human rights, freedom of speech, minority rights – particularly Kurdish and Armenian issues, including the Hrant Dink murder case. Mr. Garo Paylan and president of the Armenian Community Centre of Toronto, Mr. Hagop Janbazian placing a wreath at the Armenian Genocide Monument in Toronto