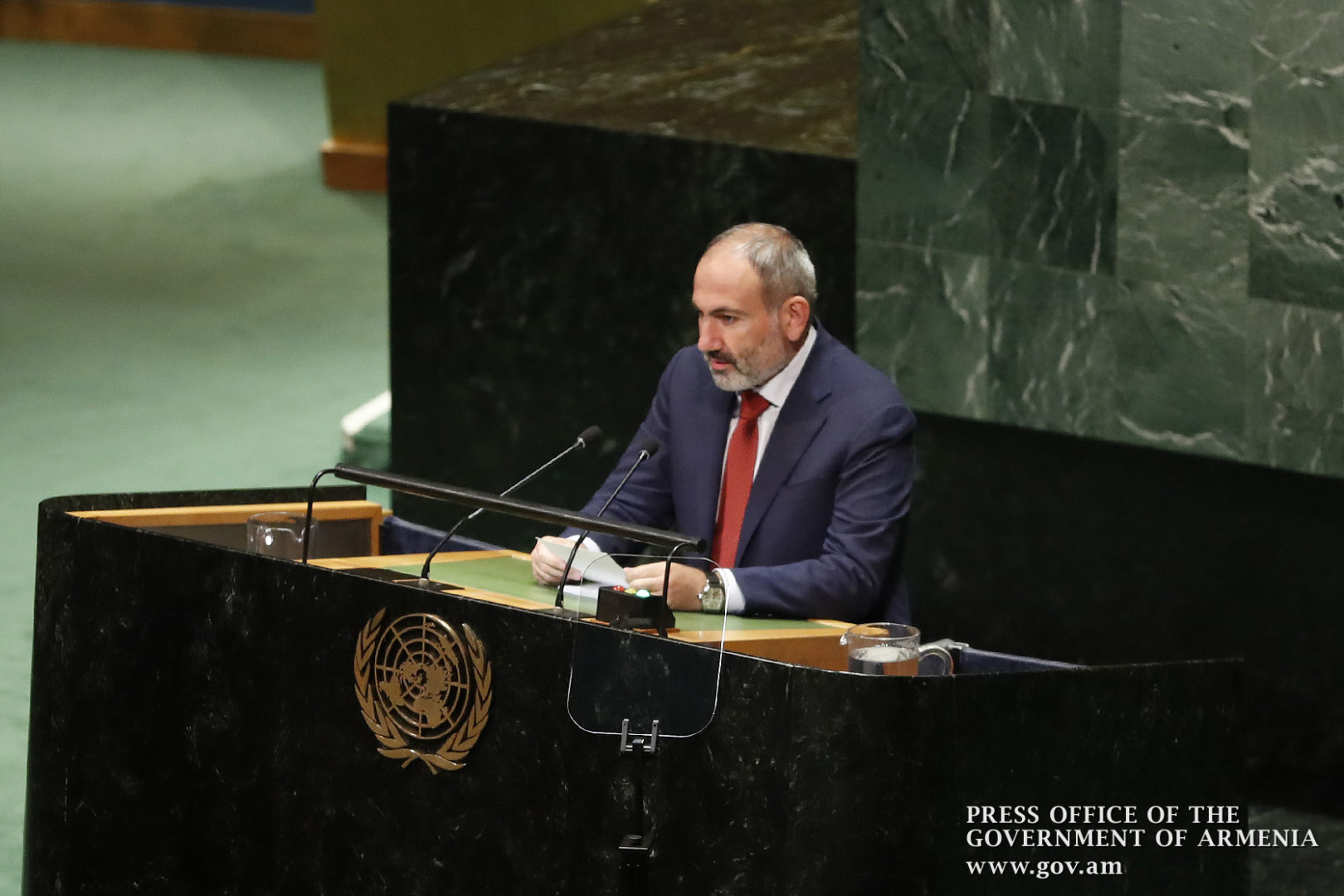 Rejection of the right to self-determination could only lead to oppression and further violence, Armenian Prime Minister Nikol Pashinyan said in an address on the 75th anniversary of the United Nations.

“It would profoundly contradict the core values of the United Nations and the historical evolution of the global international order. The emergence of a number of states within the last two decades is the best evidence of that trend,” he said.

Prime Minister Nikol Pashinyan delivered a speech on the 75th anniversary of the United Nations, the video of which, like that of the leaders of other countries, was published on the official UN website and on the YouTube channel.

Below is the full text of the remarks:

We commemorate the 75th anniversary of the United Nations in difficult times for humanity in many aspects, including for the architecture of international relations and our shared institutions that channel international cooperation and provide a framework for achieving common goals.

Sovereignty of all states, no matter size and power, is better maintained, and national interests are better served in the current system, when there is respect for international law, including first of all the UN Charter.

The United Nation had a vocation to converge the everlasting dualism of international relations expressed in the natural selfishness of states and equally natural need of cooperation. The United Nations proved its vitality by converging these two seemingly incompatible notions into effective global system of sovereign nations united by common values and principles, sharing a common vision for the future, and having the determination to have common institutes of cooperation.

By effectively implementing the principle of self-determination of peoples, the United Nations gave birth certificates to, or helped restore the independence of, more than a hundred states. Many peoples, as never before in the history of humanity, received a chance to have their say in world affairs and to realize their potential of development, setting their nations on the path of prosperity.

Some might assume that this process stopped with the end of the Cold War. But that might bе an illusion. Rejection of the right to self-determination could only lead to oppression and further violence. It would profoundly contradict the core values of the United Nations and the historical evolution of the global international order. The emergence of a number of states within the last two decades is the best evidence of that trend.

Another core value of the United Nations system is the prohibition of threat or use of force in the international relations, which is a central pillar for the preservation of global peace and security, and a major prerequisite for sustainable development.

Global challenges sometimes cause oscillation between international solidarity and self-interest, hesitation and even disappointment in multilateral institutions, as illustrated by the drastic situation caused by the Covid-19 pandemic and its dire social-economic consequences.

Effective multilateralism, with a central role for the UN, is instrumental in addressing global and regional challenges. Multilateralism is not mere arithmetic for counting the involvement of more than two parties. It is a principle, an ideology of mutual respect, trust, and a culture of consensus.

Likewise, the UN is not just its 193 member states. It is more than a common platform for presenting national interests. It is also a framework to shape common interests, to listen, and consider every voice from all over the world.

The UN is also about the protection of human rights and the universality of their application. Security is not possible without respect for human rights.

Today, just like 75 years ago, the core task of the UN is to provide peace and to promote solidarity and cooperation for sustainable development.

In these challenging times, in many parts of the world, including in our region, reckless revisionists are trying to score from the perceived weakness of the international order, posing a real danger to international peace and security. Social engineering of historic memories and even appropriation of the civilizational heritage of others are becoming commonplace.

That is yet another signal that we need to recommit to effective multilateralism in order to provide a strong institutional backbone to the international community for becoming more resilient in the face of global challenges.

As Jean Jacques Rousseau once wrote, “obedience to a law which we prescribe to ourselves is liberty”. As I congratulate all of us on this occasion, I would like to reiterate Armenia’s strong determination to join the common efforts aimed at achieving a better international order, based on the international law and the shared values of freedom and justice.

Thank you for your attention.”

Adam Schiff: Hate Crimes Against Armenian Community Must Not Be Tolerated