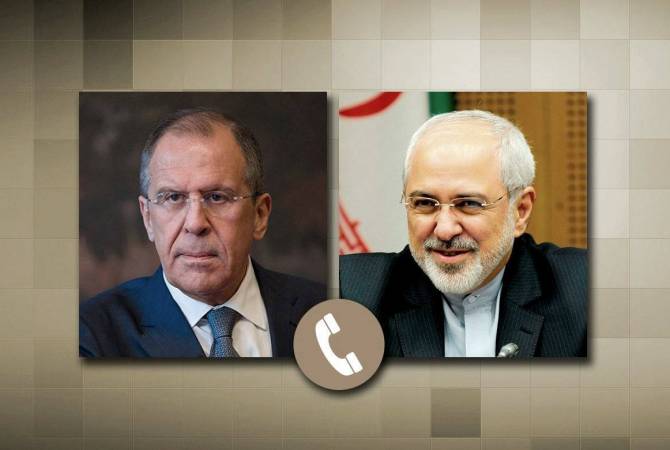 ARMENPRESS. Foreign Minister of Russia Sergey Lavrov and Foreign Minister of Iran Mohammad Javad Zarif had a phone conversation, emphasizing that a diplomatic settlement of Nagorno Karabakh conflict has no alternative, ARMENPRESS was informed from the press service of the Russian MFA.

During the conversation, the sides expressed deep concerns about Moscow and Tehran over the unprecedented escalation in Nagorno Karabakh conflict zone. They emphasized the danger posed by the involvement of illegal armed groups and extremists from Syria and Libya in the conflict. The FMs shared the opinion that there is no alternative to the diplomatic settlement of the conflict, which should start from the cessation of hostilities without preconditions.