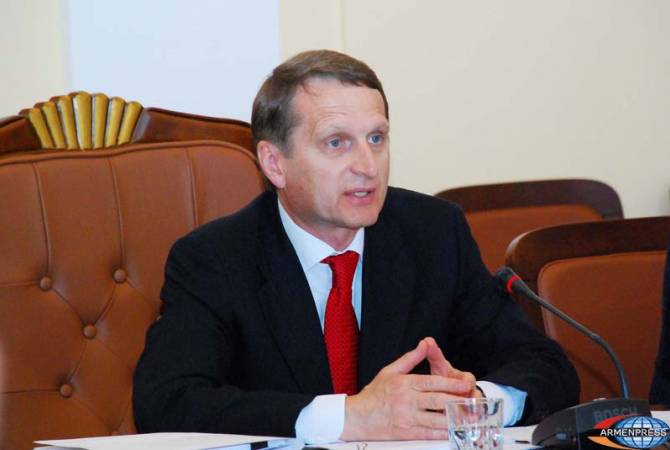 ARMENPRESS. The current escalation of the situation in Nagorno Karabakh is concerning for Russia not only in terms of its scale but also of the impact of new external factors, Russian Foreign Intelligence Service (SVR) head Sergei Naryshkin said in a statement.

“For the first time, Turkey acted on Azerbaijan’s side in such an open manner. The flaring up armed confrontation in Karabakh, like a magnet, attracts militants from various international terrorist structures”, he said.

The SVR head said he has information that mercenaries from international terror groups, such as the Nusra Front, the Firqat al-Hamza, the Sultan Murad Division, fighting in the Middle East, actively converge in the Nagorno-Karabakh conflict zone.

“Moreover, the talk is about hundreds or even thousands of extremists who seek to profit from the new Karabakh war. We have no doubt that the conflicting parties will eventually stop the use of force and will sit around the negotiation table by the support of the international community”, he said.

Sergei Naryshkin added that Russia follows with concern the escalation of the situation around Nagorno Karabakh. He said the new war in the region is unacceptable for Russia, as an OSCE Minsk Group Co-Chair country.