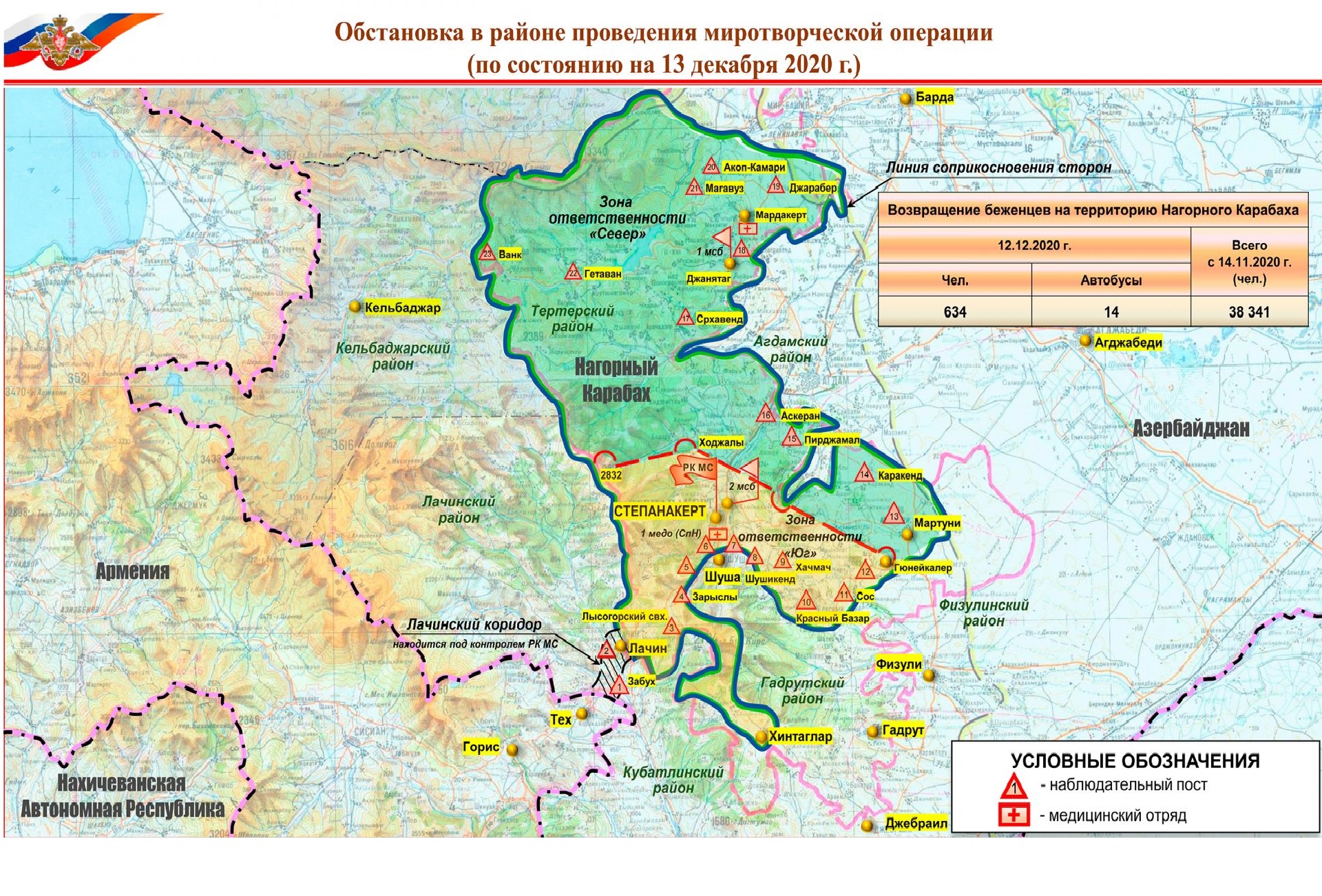 (Armenia)- The Russian peacekeepers have taken the village of Hin Tagher in Hadrut region under control, according to a new map released by the Ministry of Defense.

In violation of the trilateral agreement on the cessation of hostilities, special forces of the Azerbaijani army launched an attack on the Artsakh-Azerbaijan line of contact in the area of Hin Taghlar and Khtsaberd villages in Hadrut region of Artsakh.

Earlier today the Ministry of Defense said the Armenian, Azerbaijani and Russian military were discussing the return of the parties to the former positions in Hadrut region.

The Armenian Ministry of Foreign Affairs said in a statement that “these actions of official Baku further underline the imperative to eliminate the consequences of the recent Azerbaijani aggression, including the de-occupation of the territories of Artsakh and the return of the Armenians of Artsakh to their places of residence.”