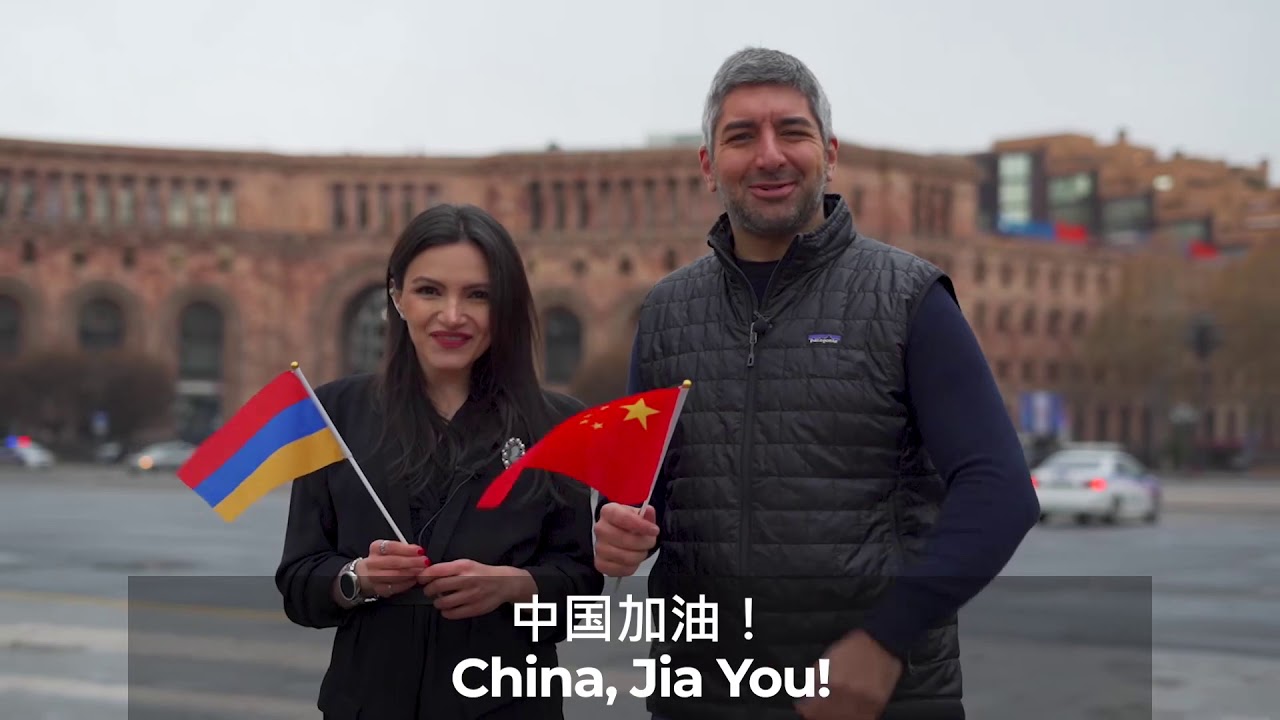 The Armenian community of Hong Kong and China has released a touching video to show its support for China in its battle against the Novel Coronavirus Pneumonia (NCP).

The video showcases Armenian community members, including numerous children, living in various cities in China sending their encouragements to the Chinese people and authorities, who have taken unprecedented steps to stop the virus. The video, produced in Armenia, also features Armenian students studying Chinese at the Confucius Institute in Yerevan.

Henri Arslanian, President of the Armenian Community of Hong Kong and China said: “We want to show to our Chinese friends that the Armenian nation is always here to support them, not only in good times but in more challenging times as well.”

The Armenian community has been helping China in various ways since the start of the NCP outbreak. For example, a group of volunteers, including students at the Confucius Institute in Yerevan, collected and donated over 10,000 face masks and gloves to China that were sent from Yerevan last week.

The Armenian Community of China, also known as ChinaHay, has been growing tremendously in recent years. Its members mainly live in the cities of Beijing, Shanghai, Nanjing, Guangzhou, Shenzhen and Hong Kong. Anyone interested in learning more about the community can do so by visiting the community’s Facebook page.