The Road Towards a More Inclusive Armenia 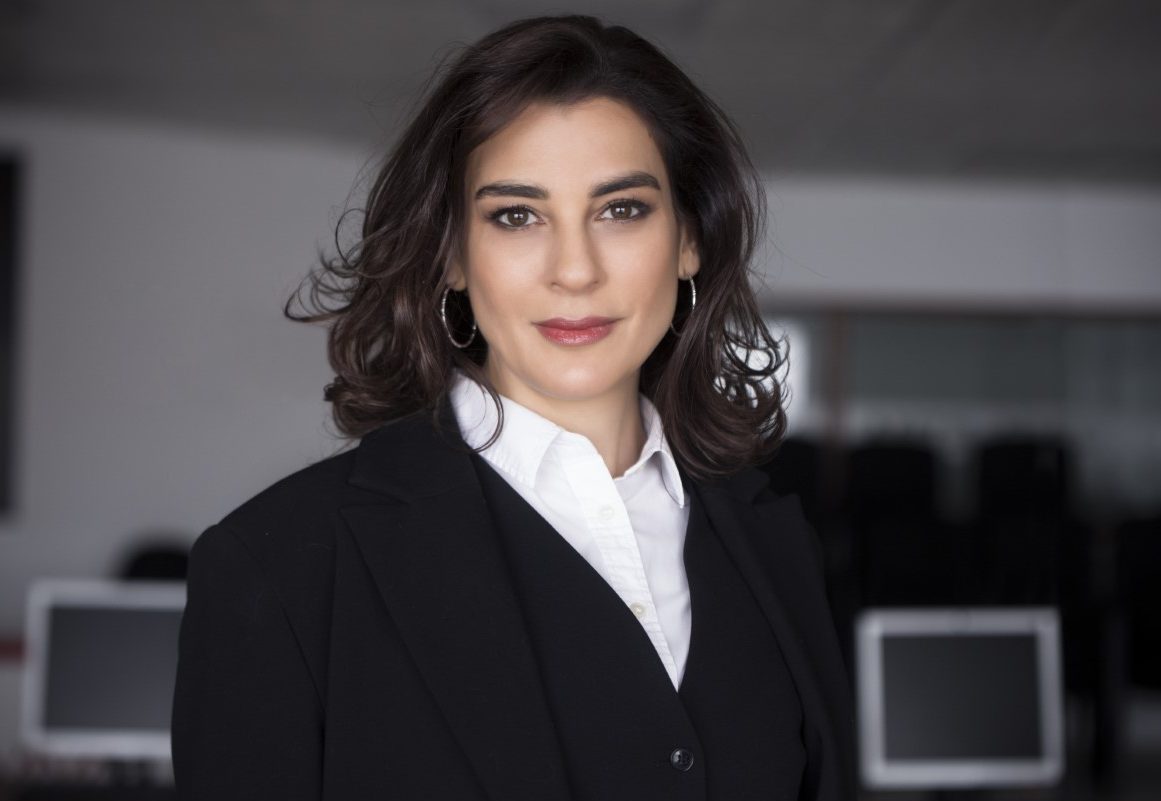 Armenian women continue to greatly contribute to society, the economy, education, science and other sectors, yet despite their numerous accomplishments, their work is often unrecognized or unappreciated. For any society to prosper, it must be fully inclusive, and International Women’s Day is a day for us to become better aware, educated and encouraged to work towards a genuine understanding and practice of gender equity.

I may not be the authority on gender equity, but as a woman professional, I have felt the great responsibility to contribute to the conversation of women’s empowerment in Armenia, in both the public and private sectors.

I recall my very first professional experience after having moved from Canada to Armenia 17 years ago. I was assigned as the Regional Director for the Caucasus Research Resource Centers in Armenia, Azerbaijan and Georgia, a regional program funded by the Carnegie Foundation and implemented by the Eurasia Foundation. My first task was to meet with rectors from Armenian universities to understand the scope of the research and development centers, and to establish a collaboration with these universities. I vividly recall a meeting with one particular rector (most of them were men) and as I entered his office, I extended my hand to greet him and to introduce myself but was left stranded when he ignored to greet me let alone shake my hand. Instead, he extended his hand to my male colleague whom he probably assumed was my boss, and I was merely the assistant. The experience left a sour yet prevailing impact on me. I felt disrespected, unseen and unheard, and soon realized that this was the general approach and attitude with many of the subsequent meetings I had with other rectors and organizational executives in Armenia.

Soon after the first year in Armenia, I developed a fierce ambition to ensure that whatever job or position I would assume, I would do everything possible to ensure that women would be seen and given the recognition and acknowledgement they deserve, not only because they were women, but because they were highly qualified and skilled professionals.

The term gender equity took on a fundamental meaning for me after moving to, and working in, Armenia because equality and fair opportunities were taken for granted and even snubbed. I knew that my position as an executive would be my golden weapon to help raise awareness and bring gender-related matters to the management table. I must admit, however, that I was initially afraid to openly speak out for gender-rights out of fear of being ostracized as a person who is “destroying the Armenian family structure and traditional values.” I recall a conversation I had with a local neighbour with whom I had shared my professional setbacks. She thought she was being sympathetic and attempted to calm my anxiety by stating that “women are not biologically made to be natural leaders. They are given the gift to bear children, and history has shown that

leaders have always been men.” She did not realize that her comments only further fueled my ambition to reform the highly patriarchal nature of the Armenian society.

The term ‘gender’ was not widely understood or accepted in Armenia years ago, and when it gradually became more prominent, it was considered to be a Western concept the intention of which was to damage Armenian traditions and values. Ironically, Armenia’s Constitution highlights the right to equality between women and men, and prohibits any form of discrimination on the basis of gender, age, disability, race and other characteristics. Throughout the years, other significant laws were developed and passed, such as the Law on Equal Rights and Equal Opportunities for Men and Women, but their implementation, enforcement and efficient monitoring processes remained questionable.

Despite the numerous advancements on gender matters in Armenia, there continue to be extensive challenges to ensure equality and fair opportunities in both the public and private sectors because biases and unequal perceptions continue to be widespread. The most visible marginalization of women is in Armenian politics, which continues to be a largely male domain. Subsequent to the 2018 national elections, a total of 32 women were elected out of the 132 seats (24%) (Asian Development Bank, 2019; United Nations, 2019), and despite the relatively positive changes over the years, women still continue to be underrepresented, not just in top ministerial positions (1 woman minister in the total of 14 ministerial positions), but as heads of provinces (marzes), or even in community councils (Government of Armenia, 2018), which limits their active participation in policymaking or decision-making positions.

The general perception in Armenia is that women are the primary caregivers of children and are responsible to ensure the well-being of the household, even if they have professional jobs or if they safeguard the family’s income. Another perception is that women are less skilled or educated to fulfill higher paying technical jobs. In many corporations in the private sector, women continue to be misrepresented in management positions and reveal how the glass ceiling contributes to the wage gap (Center for Gender and Leadership Studies, 2015).

The number of educated and qualified women in Armenia is extensive, and the potential to engage them in higher paying managerial and decision-making positions is as impressive as it is underused. Over the past few years, however, there has been a noticeable change in the number of organizations that fight for the rights of women, and that work to safeguard equal opportunities for women. Women’s advocates and defenders have harbored an environment that inspires women to increasingly speak up for their rights, to gain traction in non-traditional professions, and to courageously acquire managerial roles.

But the onset of the pandemic intensified the challenges that women already face in the workplace, and working mothers have had to work double shifts—a full day of work and a full evening of caring for children or doing household labor.

In a time of national desolation and post-war crisis, Armenia can no longer afford to waste the potential of half its population—its women. Armenia faces unprecedented challenges now more than ever: weak economic models, increased unemployment, unproductive education, outdated defense infrastructures, weak diplomacy and inefficient healthcare. There is no better time than today to bring a diverse and inclusive set of talents, perspectives and insights with the intention to help us build a stronger, ‘newer’ Armenia.

For Armenia’s state to become a legitimately democratic, gender disparity must be diminished; women’s increased engagement at the government level must reflect the reality of Armenia’s society. Without adequate representation of women in government for instance, the highly anticipated cultural, socio-economic and political transformations will remain limited.

Change of perceptions and biases can be assured through a more inclusive educational system because an educated society will be the guiding force towards economic growth and stability.

Women in already managerial or leadership roles must make use of their positions to help modify organizational and corporate standards, speak up for other women in the organization, and serve as a guide to help organizations re-direct their priorities and policies.

On the road towards progressive changes

Personally, I have been blessed to have had opportunities to expand my career and education in Armenia, and to work towards non-conventional opportunities and prospects, even if these successes have come at a high cost. Years ago, colleagues (both women and men) would see me as an outcast, or a person who “just doesn’t understand the Armenian culture.” Most discussions would end in disagreements and arguments, causing endless frustrations and lack of hope for any kind of change. But as a descendant of genocide, I knew well that I had inherited values of resilience and justice, and I would need to tirelessly continue speaking up for the equal rights of women. My challenges became the birthplace of opportunities for transformations. The company I currently work for made significant investments in building a more flexible and empathetic workplace, offering more opportunities for women to succeed in the long term, and my colleagues began to see reason in my endless calls for equity and respect.

The change of attitudes did not happen over a day or a month. But living as an example – that women can have families and successful careers, equitable incomes, and lead fulfilling lives – was my force. Armenia has made slow but steady progress, but there is still a long road ahead of us.

Women must have the opportunity to play a full role in shaping the pivotal decisions being made now more than ever following the 44-day war in Artsakh and post-COVID-19 to help ensure our wellbeing for generations to come. To do this, we must all work together to break down the deep-seated cultural and socio-economic barriers that prevent women from taking their seat at the decision-making table to make sure that resources and power are more equitably distributed.

We must promote positive images of women in leadership positions in both the private and public sector.

We must continue to fearlessly enter the offices of university rectors, ministers and company executives, and rigorously call out injustices as they happen and tackle challenges resourcefully, one step at a time, with a sense of empowerment—not fear.

Regardless of the challenges that women have faced, I am proud and grateful for the struggles and achievements of many pioneering Armenian women who have paved the way for my own personal achievements, such as Diana Apgar, Zaruhi Kavalijian, Zabel Yessayan and Alenush Terian, and I feel it is now my turn to pass on the torch to my fellow Armenian women to help build that road towards a stronger, prosperous and inclusive nation.

Government of Armenia. (2018). Women and Men in Armenia. https://armstat.am/file/article/gender-2019.pdf