They Bomb Our Churches, We Preserve Mosques – Archbishop On Azeri “ISIS-Style” Attack In Artsakh 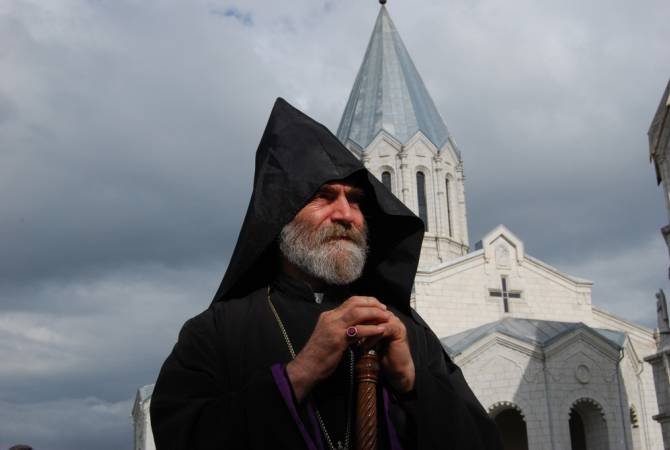 The bombardment of the Holy Savior Cathedral, also known as Ghazanchetsots, in Shushi is the signature of the Islamic State terrorist organization, Prelate of the Diocese of Artsakh of the Armenian Apostolic Church Archbishop Pargev Martirosyan told ARMENPRESS.

Ghazanchetsots is the seat of the Diocese of Artsakh of the Armenian Apostolic Church.

“They are bombarding our spiritual values, when we, are restoring and preserving mosques,” the Archbishop said.

The iconic Ghazanchetsots Cathedral suffered heavy damages when it came under direct bombardment attack by the Azerbaijani forces on October 8.