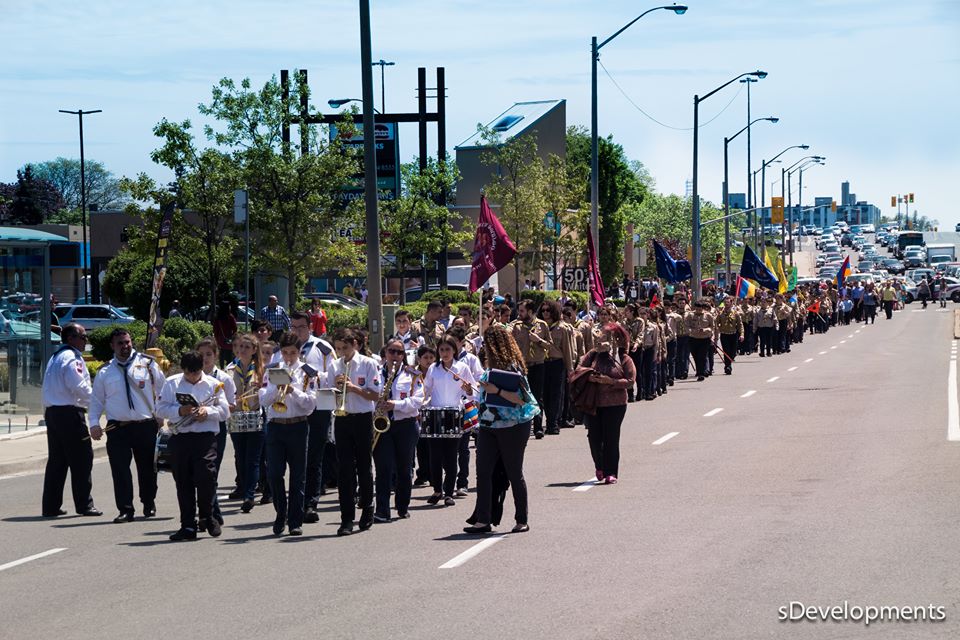 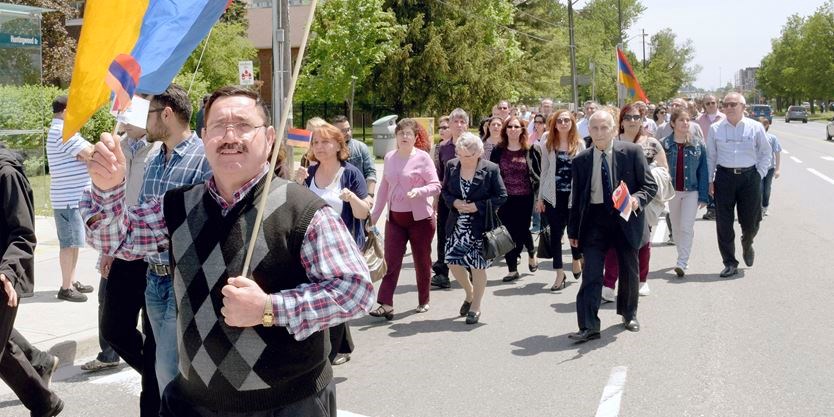 Armenians from across Greater Toronto marched through part of Scarborough Sunday, May 28 to mark their homeland’s 99th anniversary of independence.

Carrying an Armenian flag newly-blessed by Gomidas Panosian, priest at the Armenian Community Centre of Toronto and Bishop Geghard Keosbekian, the procession of more than 800 walked for an hour before returning to the centre on North York’s Hallcrown Place.

The parade was led by 250 youth of the Homenetmen, a scouting group formed in 1918 to organize Armenian youth, including orphaned survivors of the Armenian Genocide. From the community centre near Sheppard Avenue East and Highway 401, the parade moved north on Victoria Park Avenue, east on Huntingwood Drive, south on Pharmacy Avenue and then west along Sheppard.

“Some might say it’s a dress rehersal for 100,” John Sarkhanian, a parade organizer, said later.

Recognizing the founding day of the First Armenian Republic, it ended with the singing of the country’s anthem and another patriotic song, Sardarabad, about a 1918 battle where Armenian independence from the Ottoman Turks was won 99 years ago.

Danny Margorian, an executive member of the Toronto Homenetmen, said May 28 is celebrated by Armenians around the world.

“We are going to turn this (parade) into an annual event,” he said.