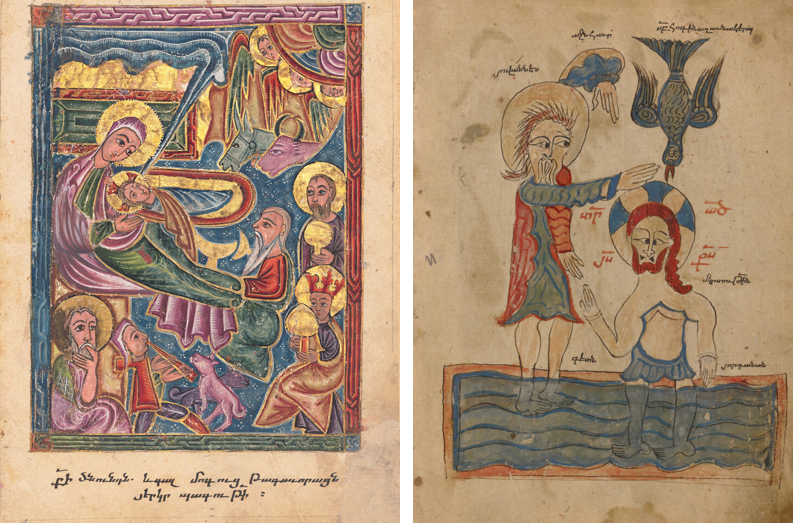 The first one is a 17th-century manuscript leaf depicting the Christian story of the arrival of Christ child on earth. The leaf was once part of a Gospel book made in 1615 and illustrated by the famous Armenian artist Mesrop of Khizan. In the early 20th century, this leaf was removed from the Gospel book—but now they are reunited.

Gospel books were among the most precious and revered manuscripts in medieval Armenia; sacred texts, they were used during church services.

The second acquisition, shown in the rest of the images, is a 16th-century Gospel book illuminated by a brother and sister team, Ghoukas and Eghisabet. It is very rare for an Armenian manuscript to have a named female artist. The manuscript contains the four Gospels of the Christian bible.

The manuscript is richly illustrated. It begins with 20 full-page scenes from the life of Christ and the Old Testament. Also, it includes author portraits of the four evangelist portraits, one at the beginning of each Gospel.