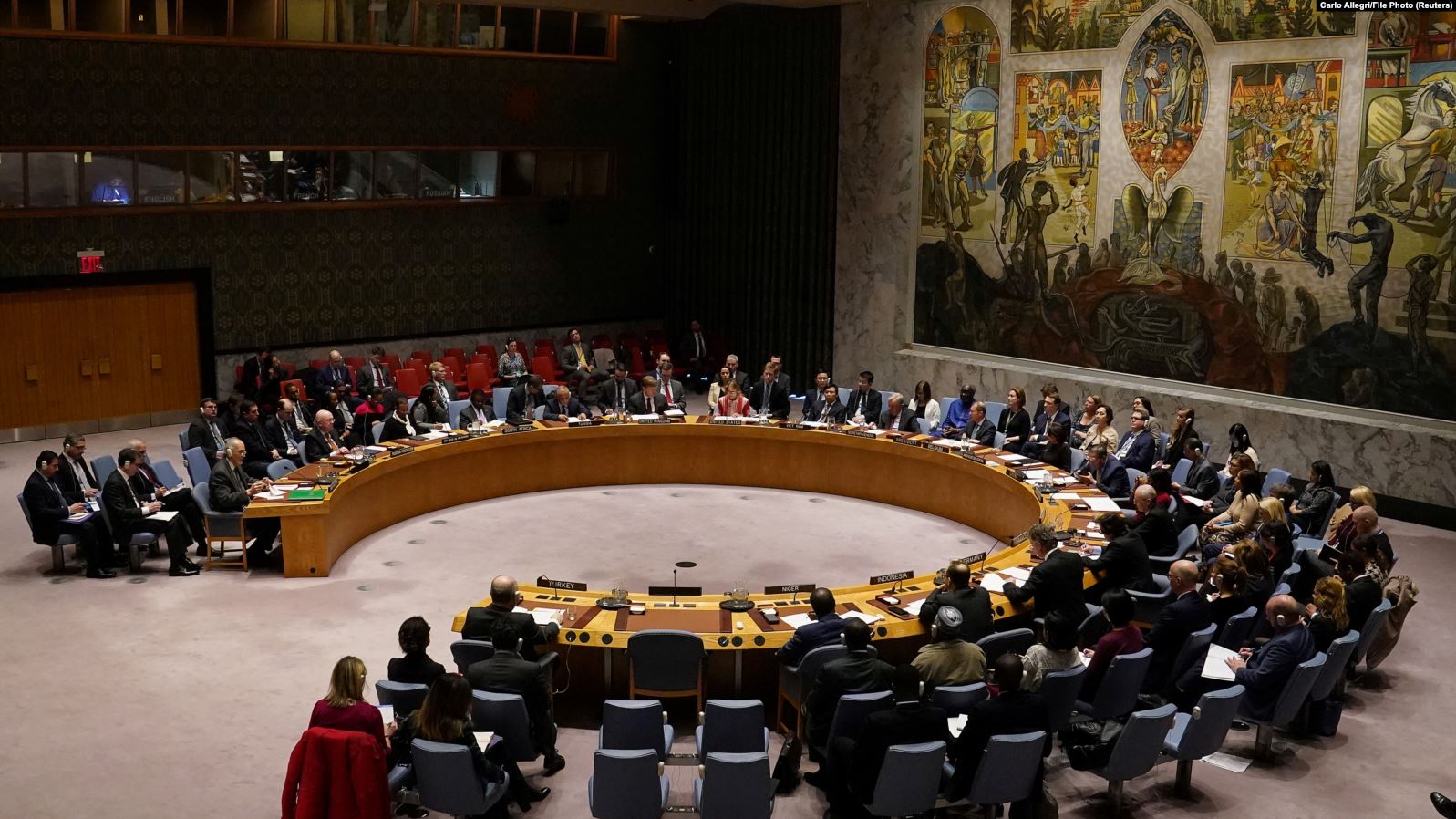 (Azatutyun)- The United Nations Security Council called late on Tuesday for an immediate end to hostilities in Nagorno-Karabakh and unconditional resumption of Armenian-Azerbaijani peace talks.

The council said after a closed-door session in New York that its 15 member states “strongly condemn the use of force and regret the loss of life and the toll on the civilian population.”

“Security Council members voiced support for the call by the [UN] Secretary-General on the sides to immediately stop fighting, de-escalate tensions and return to meaningful negotiations without delay,” it said in a statement.

“Security Council members expressed their full support for the central role of the OSCE Minsk Group Co-Chairs and urge the sides to work closely with them for an urgent resumption of dialogue without preconditions,” added the statement.

The Minsk Group is co-chaired by the United States, Russia and France, three of the council’s five permanent members. The mediating powers have also expressed concern about the dramatic escalation of the Karabakh conflict in separate statements made in recent days.

The Security Council meeting was reportedly initiated by Estonia. Armenia’s and Azerbaijan’s ambassadors to the UN did not attend it. The council had not discussed the Karabakh dispute since 1993.

Yerevan and Baku blame each other for the outbreak early on Sunday of large-scale fighting along the “line of contact” around Karabakh which has left dozens and possibly hundreds of soldiers dead.

“The Armenian prime minister publicly declares that Karabakh is [part of] Armenia, period. In this case, what kind of negotiating process can we talk about?” Aliyev said.

Pashinian stated, for his part, that the Azerbaijani offensive in Karabakh has failed. “Azerbaijan’s armed forces … have failed to achieve their objective,” he said. “I hope this will make Azerbaijan realize that there is no military solution to this conflict.”

The hostilities continued on the night from Tuesday and Wednesday and in the following hours. Both sides reported heavy artillery fire at the northern sections of the “line of contact.”

The Azerbaijani Defense Ministry said in the morning that Armenian forces are shelling the Goranboy district just north of Karabakh. Karabakh’s Armenian-backed army said, meanwhile, that Azerbaijani warplanes and drones are firing rockets at its frontline positions in the mountainous area.