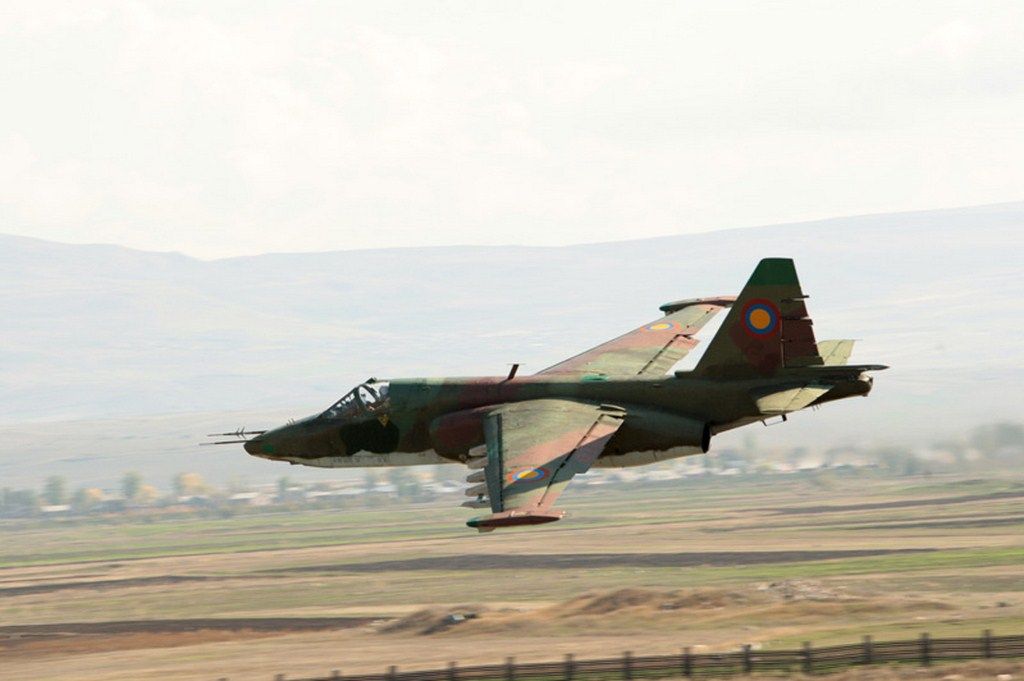 Armradio- A Su-25 jet of the Armenian Air Force was shot down by a Turkish F-16 fighter in the airspace of the Republic of Armenia, Spokesperson for the Armenian Defense Ministry Shushan Stepanyan informs.

F-16 fighter jets belonging to the Air Force of the Republic of Turkey took off from Ganja Airport of the Republic of Azerbaijan at 10:30 am today and were assisting SU-25 fighters and Turkish-made Bayraktar UAVs in the missile strikes on Vardenis, Mets Masrik, Sotk regions of the Vardenis region of Armenia.

The pilot was killed in the attack.

On Tuesday, Armenia’s Defense Ministry said a passenger bus had been hit by an Azerbaijani drone in the eastern Armenian city of Vardenis. There were no reports of casualties.