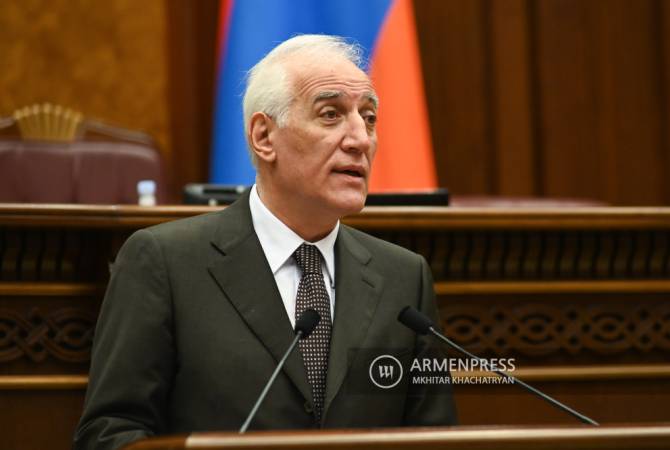 The sole candidate for the presidency, Khachatryan was elected after a second round of voting on March 3. The president-elect received the votes of 71 members of parliament, while the oppositional I Have Honor and Armenia Alliance blocs boycotted the vote.

However, in the second round, any candidate needs three-fifths of the total number of members of parliament to be elected president, reducing the number of votes needed to 64.

Khachatryan was a member of Pashinyan’s third cabinet and is also seen as a close associate of former President Levon Ter-Petrossian. However, shortly after being nominated for the presidency, he terminated his membership of Ter-Petrossian’s Armenian National Congress party.

During Khachatryan’s tenure as mayor of Yerevan between 1992 to 1996, he privatized a building in downtown Yerevan, dating from the 1880s, for only $5,655. Armenian investigative news website Hetq uncovered that the Tsarist era building was given to Albert Sukiasyan, a member of parliament for the ruling Civil Contract party, and son of ruling party member of parliament and business magnate Khachatur Sukiasyan, to be reconstructed.

The reconstruction of the building at the intersection of Abovyan and Arami streets was completed in 1997. It is now believed to have a taxable value of over $2 million, raising questions about corruption in the Yerevan Municipality during Khachatryan’s tenure.
On January 23, Armenia’s fourth President Armen Sarkissian announced that he had decided to resign from his post. Sarkissian served as president from April 2018.