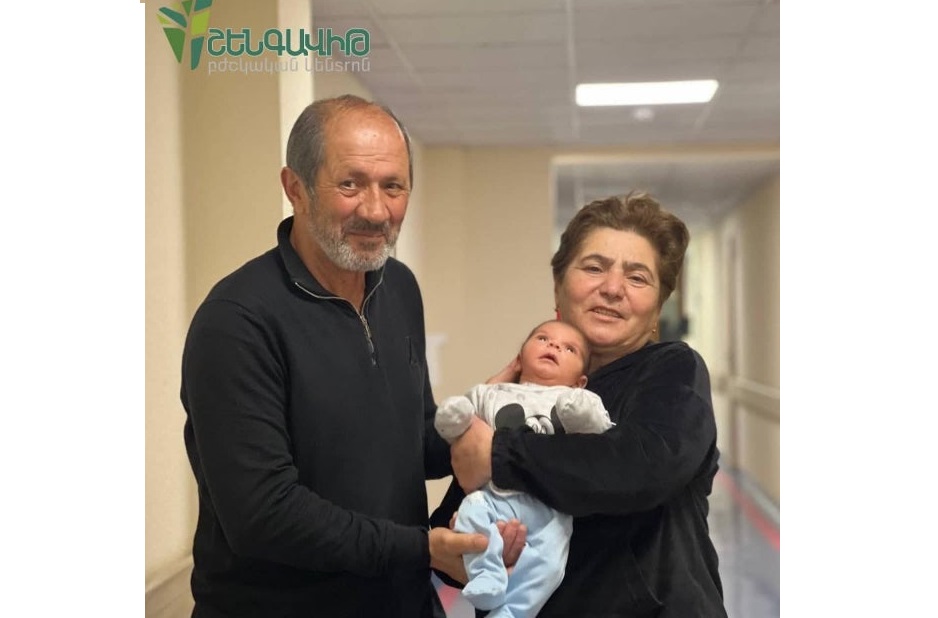 (Zaetonk Media)- A 60-year-old couple who lost their only son during the 44-Day Artsakh War became parents again, informs the Shengavit Medical Center.

The baby was named after his hero brother, Garik Davtyan, the father said he wanted to give his son another name, but the mother insisted that their Garik be at home again.

The hero’s parents, George and Gohar Davtyan, 24 years later, at the age of 60, decided to become parents again. They turned to Dr. Anna Khachatryan (gynecologist-reproductologist) of the Shengavit Medical Center. The dream was made a reality through a surrogate mother.

The mother said that Garik will grow up to be a kind person like her brother.

The couple were not able to hide their excitement, the mother said that she was very anxious before the baby was born, then she had a dream and realized that there is no need to be afraid, God and the hero Garik will do everything so that everything will go well.

According to the father, every effort will be made for the newborn son to grow up carefree, George Davtyan assures that the little one will be the hope and faith of their family.

Mrs. Davtyan does not cry, she missed when her son called her mother, little Garik will help her feel that joy again.

He has not slept because of the longing for his son, who lost the last 1.5 years, from now on he is ready to spend sleepless nights again, just to be with the newborn Garik.

George has not been able to sleep because of the longing for his son, who he lost the last 1.5 years, from now on he is ready to spend sleepless nights again, just to be with the newborn Garik.