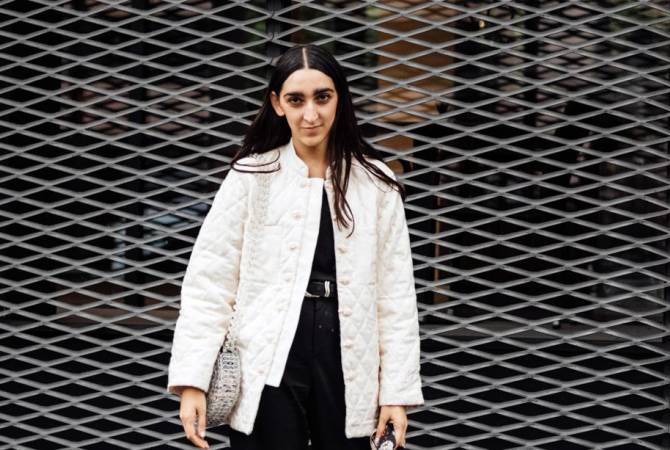 The negativity was so massive at one point that Harutyunyan, a 23-year-old who’s made already several appearances on Gucci catwalks led by Alessandro Michele, spoke out to the Italian La Repubblica about it.

Now her story is making headlines at Forbes, where author Rebecca Ann Hughes published her article titled “Who Is Armine Harutyunyan And How Did She Become A Victim of Body-Shaming In Italy?”

Hughes argues that even those who pride themselves on their “open-mindedness” and praised Harutyunyan as an “unconventional” beauty are part of the problem because by labeling the model “as an exception is to reinforce the established, restrictive beauty standards.”

“People are scared by everything that is different,” Harutyunyan told La Repubblica in the interview, but for her, “there are many different ways of being beautiful,” Harutyunyan says she is determined to ignore all the negative comments. “It is better to be different than conform to others, even if this is not understood by everyone,” she said. “My advice is to concentrate on yourself, on who you are and what you really love.”

“However, the tenor of the jokes, insults and hate spewed on social media aimed at Harutyunyan makes it clear the comments did not exclusively derive from a misunderstanding of the fashion industry’s changing beauty tastes. Harutyunyan became a victim of body-shaming because her features are not those which social media has forced society to place above all others. Social networks like Instagram have cultivated a particularly narrow remit of beauty standards that leave little room for diversity,” Hughes wrote in Forbes.

“It may be that the fashion industry is forging the way for a new, inclusive, diverse understanding of beauty (whether for commercial reasons or not) but Italy is not ready for it yet.”

Statue of Komitas Unveiled in Montreal