Statue of Komitas Unveiled in Montreal 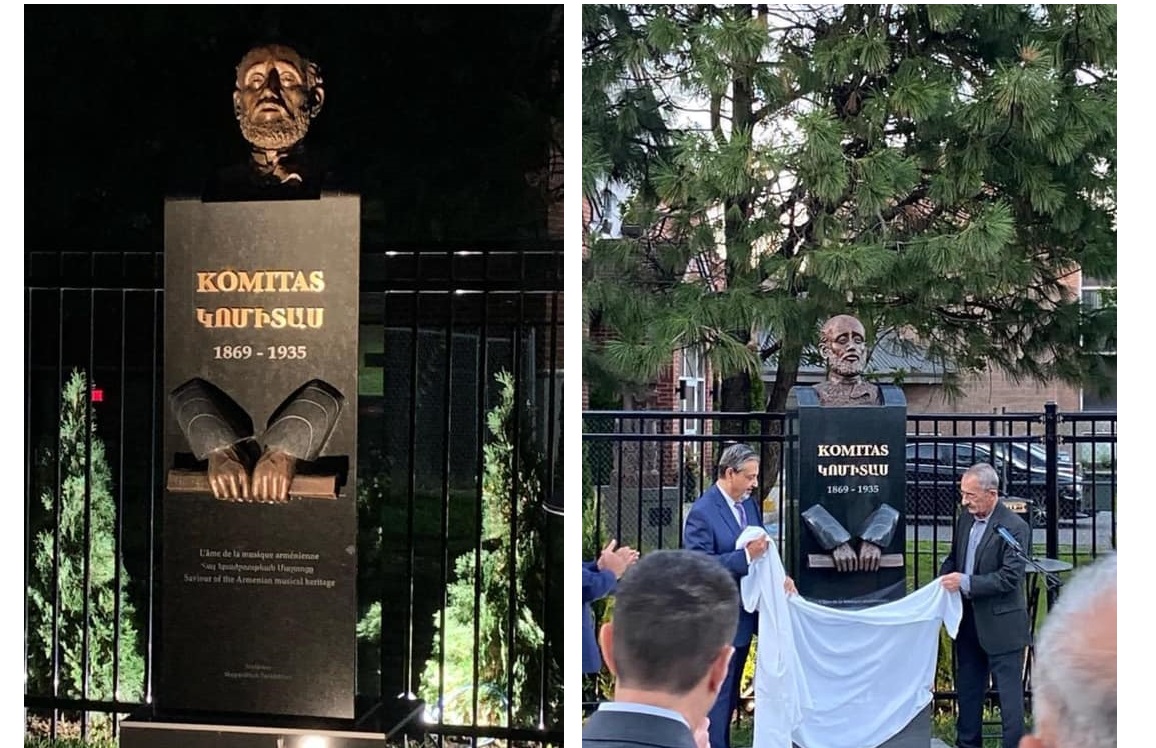 A statue of Komitas Vartabed has been unveiled in Montreal, the Armenian National Committee of Canada reports.

Dr. Megerditch Tarakdjian is the sculptor of the monument.

The father of Armenian Folk Music, persecuted in 1915, survived the genocide physically but was driven into emotional trauma by it.
Thanks to him, thousands of our folk songs survived the Armenian Genocide.

Born on September 26, 1869, Komitas (Soghomon Soghomonian) was an Armenian priest, musicologist, composer, arranger, singer, and choirmaster, who is considered the founder of the Armenian national school of music and is recognized as one of the pioneers of ethnomusicology.

On April 24, 1915, the day when the Armenian Genocide officially began, he was arrested and put on a train the next day together with 180 other Armenian notables and sent to the city of Cankiri in northern Central Anatolia, at a distance of some 300 miles.

His good friend Turkish nationalist poet Mehmet Emin Yurdakul, writer Halide Edip, and  U.S. Ambassador Henry Morgenthau intervened with the government, and, by special orders from Talat Pasha, Komitas was dispatched back to the capital, but the nightmare he had experienced left a deep ineradicable impression on his soul. Komitas remained in seclusion from the outer world, absorbed in his gloomy and heavy thoughts – sad and broken.

In the autumn of 1916, he was taken to a hospital in Constantinople, Hôpital de la paix, and then moved to Paris in 1919, where he died in a psychiatric clinic in Villejuif in 1935. the following year, his ashes were transferred to Yerevan and buried in the Pantheon that was named after him.