With Over 15,000 Viewers and Strong Support from the Prime Minister, Party Leaders and Elected Officials, Canadians Commemorate the Armenian Genocide Virtually 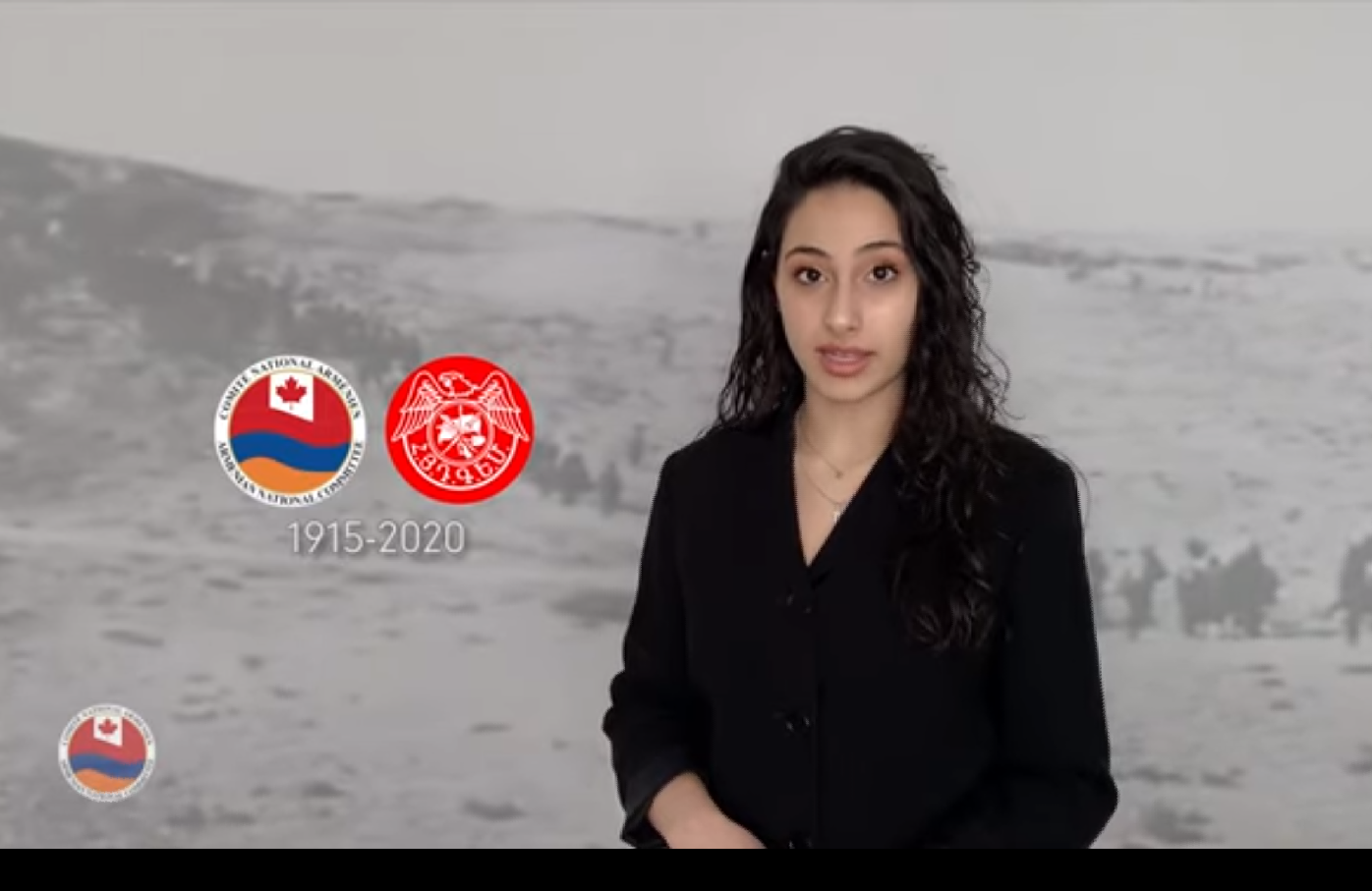 Ariane Taslakian opens the virtual commemoration of the 105th anniversary of the Armenian Genocide in Canada, April 24, 2020.

(OTTAWA – April 27, 2020) – Due to the restrictive circumstances caused by the COVID-19 pandemic, this year’s Armenian Genocide commemoration events were organized differently.

The virtual commemoration was broadcast live via ANCC’s social media accounts and drew over 15,000 viewers from different parts of the country, reported the ANCC.

“We were tremendously pleased with the high number of viewership and despite the ongoing challenges related to COVID-19, we were happy that we were able to create this one-time opportunity for Canadians to commemorate this very important historic event” said Hrag Tarakdjian, co-president of the ANCC.

During the broadcast, Prime Minister Justin Trudeau addressed thousands of Canadians with an unprecedently strong message sent to the ANCC, and the entire Armenian-Canadian community, upholding Canada’s principled stance on the recognition of the Armenian Genocide, condemning the Ottoman Turkish Empire’s crime against humanity and reminding everyone to not remain indifferent in the face of hate and discrimination.

The leader of the Official Opposition and the Conservative Party of Canada, the Hon. Andrew Scheer addressed the commemoration as well, sending a powerful message of genocide remembrance and condemnation, while pledging his party’s strong support to the Armenian community.

“The amount of support and solidarity we have received both from our elected officials and the general public is truly overwhelming and a strong testament to the ongoing advocacy work spearheaded by the ANCC” said Shahen Mirakian, co-president of the ANCC.

The commemoration also featured a short documentary segment featuring Canada’s humanitarian response to the Armenian Genocide, moving testaments from the youth, messages from Armenia’s ambassador to Canada, HE Anahit Harutyunyan, community leaders and the head of the Armenian Church in Canada, Archbishop Papken Tcharian.

“Remembering is simply not enough. While we remember, we are committed to continuing our struggle to demand justice and reparation for the Armenian Genocide and we look forward to continuing our collective work to achieve those goals” concluded Tarakdjian and Mirakian.

Here is the commemoration video.