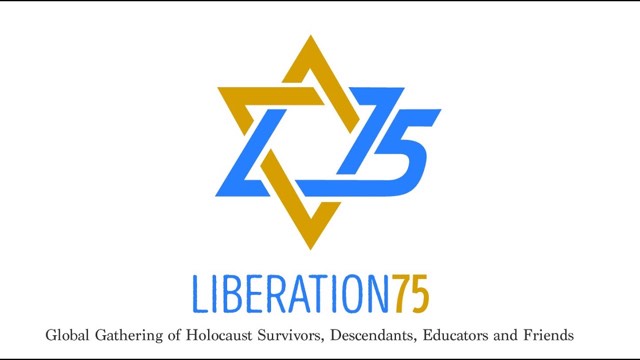 December 6, TORONTO – The Zoryan Institute is pleased to announce that it will join the largest international event marking the 75th anniversary of liberation from the Holocaust, Liberation75.

Contributing to education and awareness has always been at the heart of the Zoryan Institute’s work for the past 37 years. Thus, Zoryan is especially pleased to be taking part in the Student Education Day portion of Liberation75’s multi-day event! The Student Education Day will take place on June 2, 2020, at the Metro Toronto Convention Centre.

Liberation75’s multifaceted Education Day will provide an incredible platform to highlight the importance of a continued commitment to genocide education and the impact of a comparative approach in genocide studies. It is estimated thousands of students from grades 7 to 12, and hundreds of educators from across Canada will be in attendance! The list of participating organization includes some of the leading voices on Holocaust remembrance and education such as, Yad Vashem, Neuberger Holocaust Education Centre, USC Shoah Foundation and the Raoul Wallenberg Centre for Human Rights and the Zoryan Institute, and its subsidiary, the International Institute for Genocide and Human Rights Studies (IIGHRS) The Zoryan Institute will be presenting its program, Animating History: The Stories of Aurora Mardiganian and Anne Frank, which will focus on developing the idea of genocide as a shared experience, by engaging students with the stories of these two teenage girls. Anne Frank’s diary, documenting her years in hiding during Germany’s occupation of the Netherlands between 1942 to 1944 has been transformed into plays, movies and incorporated in school curricula around the world as a symbol of the Jewish experience during the Holocaust. In a similar fashion, the remarkable story of Aurora Mardiganian, an Armenian genocide survivor, was chronicled by her best selling book Ravished Armenia in 1918 and then adapted into a silent film, the first Hollywood film on genocide, in which she starred a year later. Aurora became the face of an unparalleled humanitarian campaign that raised nearly $30 million for Near East Relief, and a symbol of survivors of the Armenian genocide.

The Institute is proud to incorporate the viewing a short selection of its oral history-based project, Aurora’s Sunrise, an animated film developed in partnership with Bars Media of Armenia and co-produced with Gebrueder Beetz film produktion (Germany), Artbox (Lithuania)and Les Steppes Productions (France), to tell the story of Armenian Genocide survivor Aurora Mardiganian.

Students will interact with the testimonies of both girls, by viewing an excerpt from the animated film Aurora’s Sunrise together with selected excerpts from Anne Frank’s diary in order to identify the commonalities in their experiences. From this comparative exercise students will be able to recognize some of the warning signs of genocide, such as, “us vs them” classification, discrimination through law, custom, and political power, and the dehumanization of one group by another, in order to understand the importance of humanizing the experience of genocide to help prevent mass human rights abuses and atrocities in the future.

This exercise will also allow the Institute to raise awareness about the importance of collecting, analyzing and studying g oral history testimonies and archival documents and disseminating the information in modern, comprehensive and attainable ways.