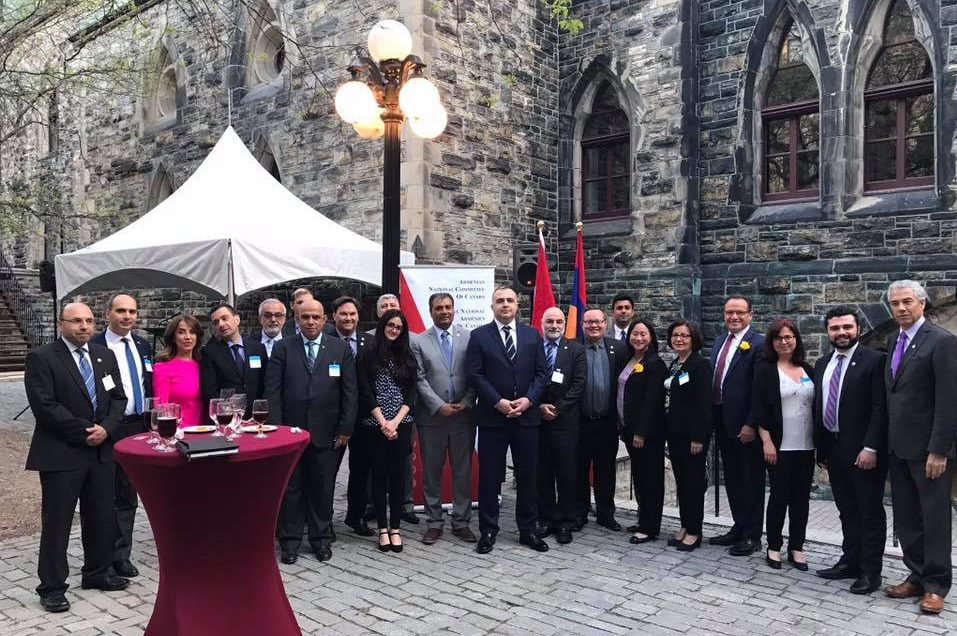 Ottawa – This year, on May 28th, Armenians worldwide will celebrate the 100th anniversary of the independence of the First Republic of Armenia, one of the most important chapters in the collective history of the Armenian people.

After centuries of foreign domination, persecution and mistreatment, on May 28, 1918, Armenia re-emerged as an independent state, declaring its independence and establishing the First Republic of Armenia. A fledgling nation-state built on the ashes of genocide and against great odds, provided a safe haven for thousands of refugees that were fleeing Turkish persecution at the time and formed the territorial and judicial basis for the modern-day Armenian Republic.

However, after two years of independence, the newly formed republic fell under Soviet rule and once again compromised its sovereignty to an oppressive imperial power. The current Republic of Armenia regained its independence on September 21, 1991, at the collapse of the Soviet Union.

This year, during the month of May, Canadians of Armenian background, and Armenian communities around the world are ceremoniously celebrating this great milestone, particularly remembering the great sacrifices and hardships faced by the Armenian people for the sake of freedom and independence.

As a part of these celebrations, on Wednesday, May 23rd, the Armenian National Committee of Canada (ANCC), along with the Canada-Armenia Parliamentary Friendship Group hosted a special reception on Parliament Hill, where a considerable number of Members of Parliament, Senators, Staffers and representatives of the Armenian-Canadian community were gathered to celebrate this milestone. During the event, following opening remarks delivered by the ANCC Executive Director, Sevag Belian, MP Bryan May (Liberal Party Chair of the Canada-Armenia Parliamentary Friendship Group), MP Harold Albrecht (Conservative Party Vice-Chair of the Canada-Armenia Parliamentary Friendship Group) and MP Don Davies of the New Democratic Party of Canada delivered their remarks where they mentioned the importance of this important chapter in Armenian history and Canada’s strong commitment in strengthening the bilateral relations between Canada and Armenia, upholding the recognition of the Armenian Genocide and continuing to work with Canadians of Armenian descent to further advance our shared values. ANCC President Shahen Mirakian spoke on behalf of the ANCC and raised various important factors pertaining to the history of the First Republic and its important role in laying the foundations of the current day Republic of Armenia. Following Mr. Mirakian’s comments, His Excellency Levon Martirosyan, Ambassador of the Republic of Armenia in Canada offered his congratulatory message and briefed the gathering on some of the latest developments regarding the strong advancements being made in Canada-Armenia relations.