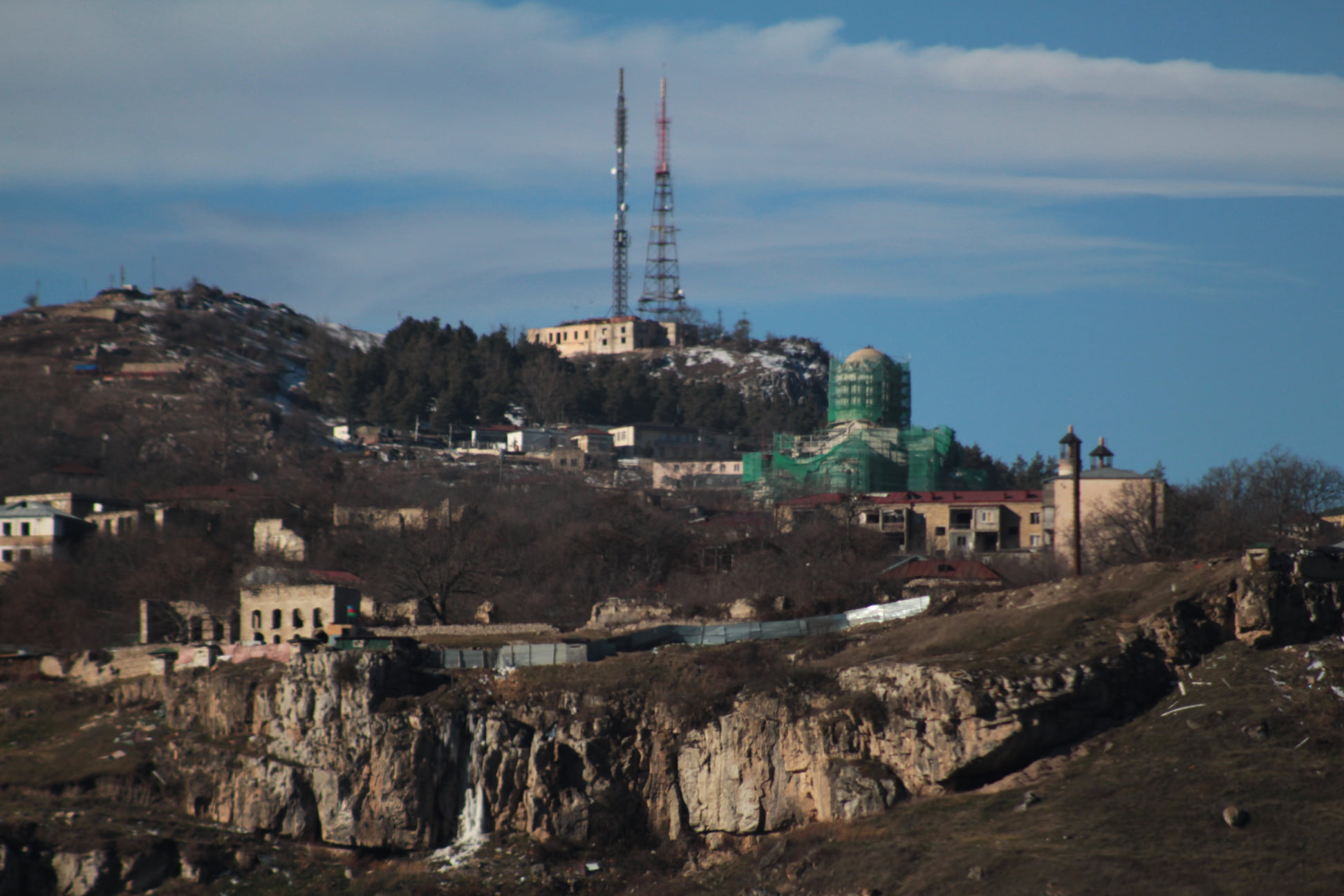 Shushi’s Ghazanchetsots Cathedral (Holy Savior). The photo was taken on 02/8/2022). Azerbaijan is actively destroying Armenian cultural heritage under the guise of restoration.

Ghazanchetsots (Armradio)- Armenia has strongly condemned the February 3 statement by Azerbaijani Minister of Culture Anar Kerimov on the establishment of a working group to destroy the identity of the Armenian religious, historical and cultural monuments under the control of Azerbaijan and to change their identity.

“The creation of such a structure at the state level in order to deliberately and illegally appropriate the historical and cultural heritage of the neighboring people, to deprive them of their historical memory, is unprecedented in the history of conflicts. It once again proves that the cases of vandalism and destruction of the Armenian historical, cultural and religious heritage in Nagorno Karabakh during and after the 44-day war are intentional and planned, and are part of the policy to deprive Nagorno Karabakh of its native Armenian population,” Spokesperson for the Armenian Foreign Minister Vahan Hunanyan said in a statement.

He said the step is a clear challenge to the decision of the UN International Court of Justice on December 7, 2021, which clearly obliges Azerbaijan to “take all necessary measures to prevent and punish acts of vandalism and desecration against the Armenian cultural heritage, including churches, other places of worship, monuments, sights, cemeteries, artifacts.”

“In the current situation, at least the immediate intervention of the international community, in particular UNESCO, and the unhindered involvement on the ground is becoming more urgent to preserve the Armenian monuments of Artsakh, which are part of the universal cultural heritage, to prevent cases of vandalism,” Hunanyan added.

“This policy of distorting the identity of the Armenian historical and cultural heritage, the destruction of religious sanctuaries, contradicts the statements of Azerbaijan to achieve reconciliation and creates serious obstacles to the establishment of local peace in the region.,” the Spokesperson concluded.

The Azerbaijani government earlier announced plans to erase Armenian inscriptions on religious sites in the occupied territories of Artsakh.

It justified the move by arguing that the churches in fact were originally the heritage of Caucasian Albania, an ancient kingdom once located in what is now Azerbaijan. The theory, which is not supported by mainstream historians, has long been propagated by nationalist Azerbaijani historians and has been embraced by the current government in Baku.