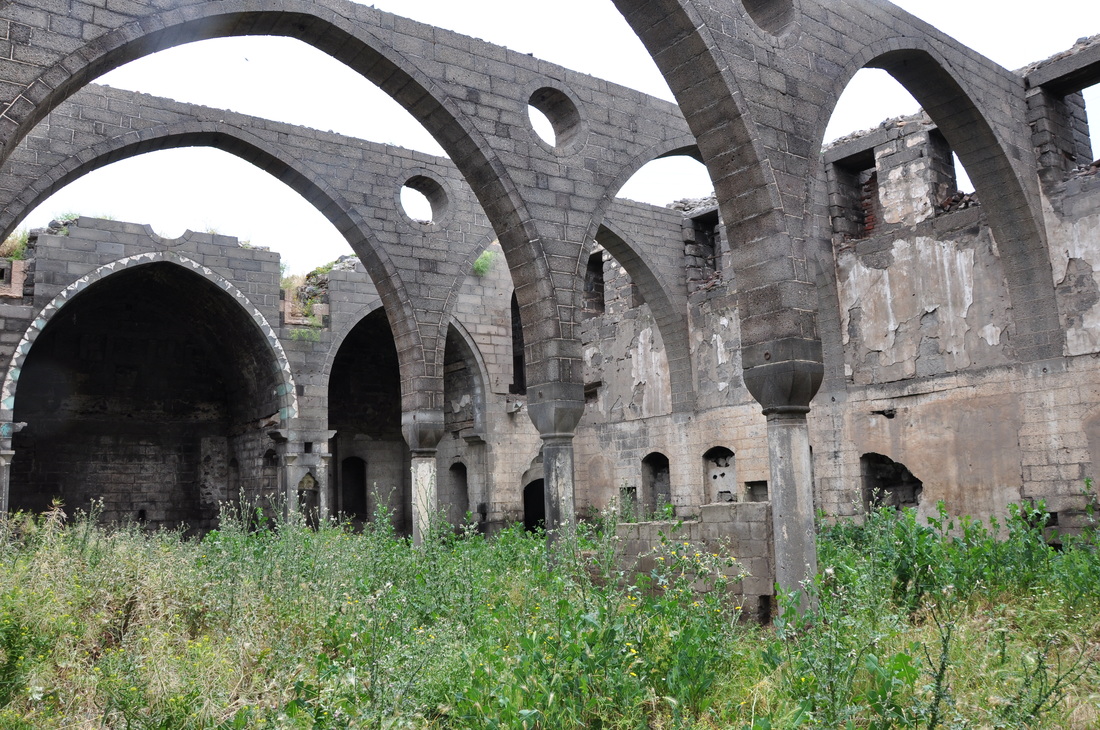 The ruins of the Surp Sarkis Church in 2013 (Photo: George Aghjayan)

(Armradio)- An ancient Armenian church in southeastern Turkey is set to be restored, Anadolu Agency quotes officials as saying.

The Surp Sargis Armenian Church, built in the 16th century in the Alipasa neighborhood of Sur district, Diyarbakir province, has an area of 3,769 square meters.

Owned by the Diyarbakır Surp Giragos Armenian Church Foundation, the church, whose upper structure was destroyed, is also known as the Paddy Church as it was used as a paddy factory for a long time.

An inscription, now in the Diyarbakir Archeology Museum, says the Christian place of worship was last repaired in 1840.

Cemil Koc, head of the Culture Ministry’s Directorate of Surveying and Monuments in Diyarbakir, said the 16th-century building deteriorated over time due to a decline in congregations.

He said the premises was used as a warehouse by various public institutions in the past.

The official added that the “monumental” building has immense importance for Diyarbakir. “Measurements that will form the basis of the building survey and projects are being made. Material samples have also been taken, which will help in getting more information about the church’s architectural style.”

Ergun Ayik, the head of the foundation, said the building is one of the two surviving churches in Diyarbakir, and that they have begun the process to return it to its former condition.