A Letter to PM Justin Trudeau from Armenian Canadian Community 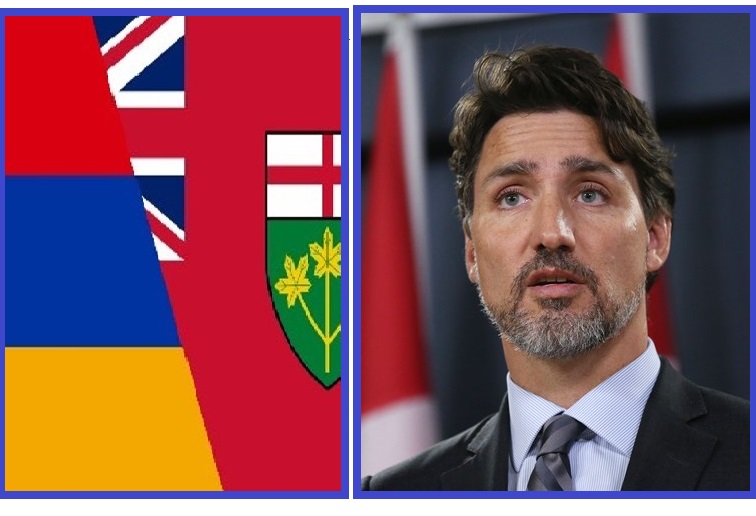 This letter was written on behalf of the Armenian-Canadian community at large to the Prime Minister of Canada Justin Trudeau.

The undersigned organizations, representing the Armenian-Canadian community, appeal to you and the Government of Canada to condemn the joint Azerbaijani-Turkish aggression against Armenia and Artsakh and to play a leading role in bringing lasting peace and stability to the region.

This full-scale and unprovoked offensive against Armenia and Artsakh is now in its fourth week with no end in sight, despite a ceasefire brokered on October 9, 2020, and agreed to by both Armenia and Azerbaijan. Azerbaijan has violated the ceasefire again, on Sunday, October 18, after yet again committing, a day before, to respect it.

Most disturbingly, Azerbaijan, emboldened by the international community’s silence, continues to deliberately target civilian populations and infrastructure far from the Line of Contact, and particularly in Stepanakert, the densely populated capital of Artsakh. These attacks amount to war crimes and violate the most basic principles of international law. Azerbaijan has also not hesitated to swell its ranks with foreign jihadist mercenaries, recruited by Turkey, adding further instability to the region. Predictably, a dire humanitarian crisis has arisen, particularly as Azerbaijan has not hesitated to target hospitals and clinics.

While we welcome all the decisive steps taken by Ottawa thus far, we call upon the Government of Canada, on behalf of the Armenian-Canadian community, to:

Firm and unwavering international condemnation of Azerbaijan’s belligerent actions is necessary to prevent a looming regional war.  Furthermore, the international community must now affirm the obvious truth: no claim of territorial integrity may be made through bombs upon an indigenous population who has democratically and unequivocally expressed its will for self-determination and independence. Canada – renowned for its historic and deep attachment to human rights – is well placed to lead these efforts.

At the height of a global pandemic, amidst near-unanimous calls for cooperation, peace, and unity, Azerbaijan must put an end to its belligerence.

CANADA MUST ACT NOW BEFORE IT IS TOO LATE.

On behalf of the Armenian-Canadian community at large,