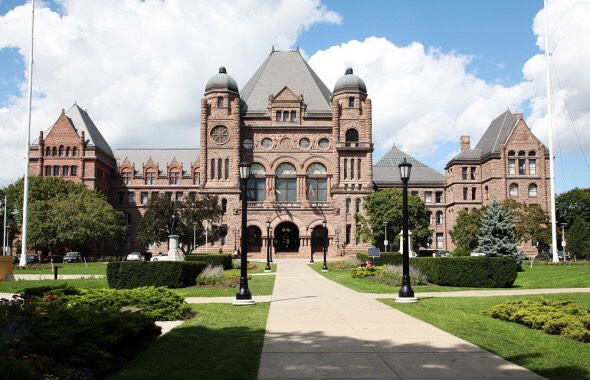 (TORONTO- October 21, 2020) A historic take note session occurred today at the Legislature of Ontario as numerous Members of Provincial Parliament made personal statements about Azerbaijan’s aggression against the Republic of Artsakh’s peaceful Armenian citizens, which has led to a large scale human rights crisis. This is the first time the Legislature of Ontario has held a session of this nature.

The motion (Motion 91) to take note of the ongoing situation in Artsakh(Nagorno-Karabakh) was introduced by the Honourable Paul Calandra, Government House Leader and Member of Provincial Parliament for Markham Stouffville.

The following MPP’s addressed the Speaker during the session:

In their remarks, the MPPs expressed their deep concern over Azerbaijan’s full-scale and ongoing attacks on civilian-populated areas that resulted in civilians’ death and the destruction of infrastructure. There was significant concern over signs of ethnic cleansing and war crimes. They condemned Azerbaijan’s continuous disregard of UN calls to establish and respect a ceasefire and the use of internationally prohibited cluster bombs. They also criticized Turkey’s involvement in the crisis who has provided military assistance and facilitated the transfer of thousands of Jihadists to the front lines. The MPPs were also critical of Canada’s complicity as Canadian-made target acquisition sensors have been exported to Turkey and found in the Turkish Bayraktar TB2 drones which were used by Azerbaijan against civilian targets. Finally, the MPPs called for greater sanctions against Turkey, an immediate end to hostilities, and a permanent solution to the crisis, noting that it is the responsibility of all Canadians to ensure the safety of Armenian citizens around the world.

“A large number of Armenians call Ontario home. I am grateful for the remarks our MPPs made today regarding the ongoing crisis in Artsakh (Nagorno-Karabakh) and for standing by the Armenian community”, says Sevag Kupelian, President of the Armenian Community Centre of Toronto. “We look forward to continuing our work with the province to further condemn Azerbaijan’s aggression against Artsakh especially as it comes to finding a peaceful resolution and providing humanitarian aid.”

The Parliamentarians’ remarks come as the concerns of the Canadian-Armenian community in Ontario continues to grow.

A Letter to PM Justin Trudeau from Armenian Canadian Community