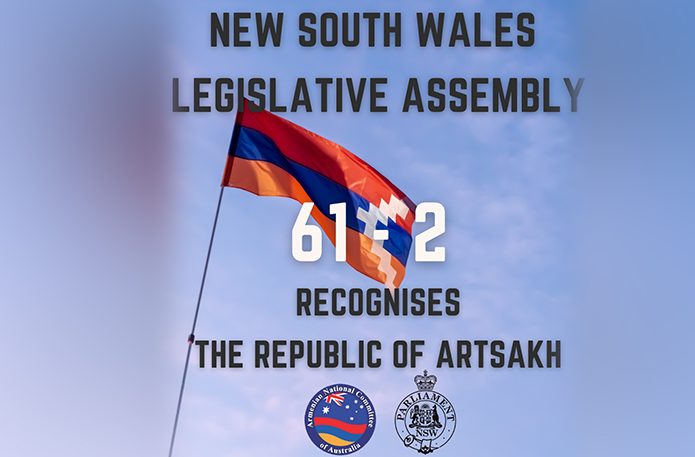 The largest parliamentary chamber in the largest state of Australia, the New South Wales Legislative Assembly has officially recognized the independence of the Republic of Artsakh.

Championed by MP Dr. Hugh McDermott: State Member for Prospect and supported by Mr. Victor Dominello MP on behalf of the Government, the motion which also condemned the current attacks by Azerbaijan and Turkey against the indigenous Armenians of Artsakh passed 61 votes to 2 votes.

MP Tanya Davies also spoke in favour of the motion, delivering a powerful rebuke to the one speaker against the motion, Linda Voltz.