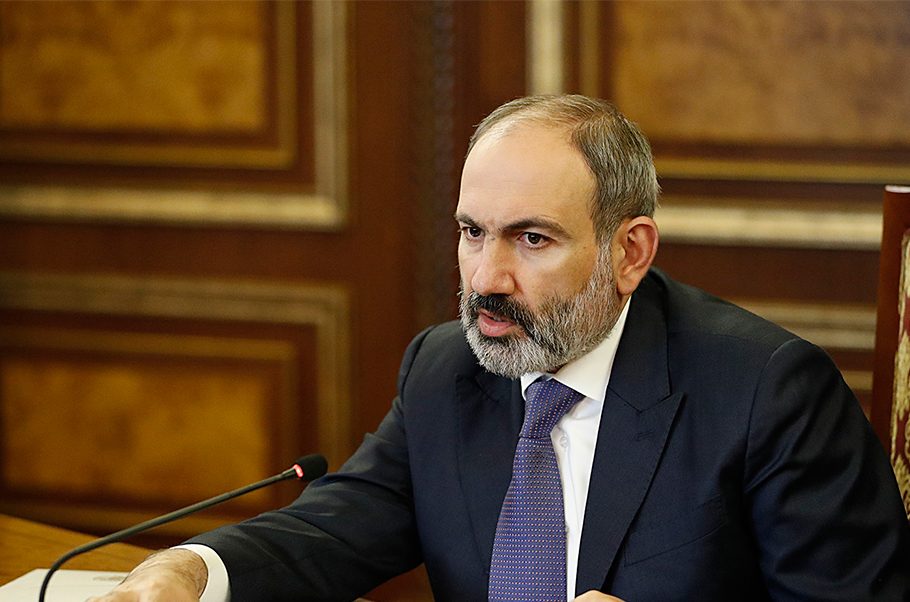 (Asbarez)- In a video message to the nation on Wednesday, Prime Minister Nikol Pashinyan said since Azerbaijan has opted to resolve the Karabakh conflict through military means, there is no diplomatic solution in sight “at least at this stage,” thus “we must fight to the end.”

“We have repeatedly stated our readiness to settle the conflict through compromise. This means that we can lower the bar we set for the sake of a resolution, provided that the other side lower its bar. But the practice has shown that this logic is otherwise unacceptable for Azerbaijan,” added Pashinyan.

The Prime Minister stressed that in this situation we must fight to the end if we are to protect the rights of our people.

“No matter what happens, we must fight for the rights of our people. This means first of all taking up arms and defending the Homeland. Only if we organize this process effectively and continuously, we will be able to reach a diplomatic solution acceptable to us. Azerbaijan says it does not agree with anything other than the capitulation of Karabakh. Therefore, protecting the rights of the people of Artsakh implies protecting the rights of the Armenian people. There is no Armenia without Artsakh,” the prime minister said, adding that thereby we will finally manage to reach an acceptable diplomatic solution.

Pashinyan urged citizens to sign up as military volunteers to help defend the Homeland. “I call on all Armenian provincial governors, mayors, all state and local self-government bodies, the leaders of those bodies, parties, non-governmental organizations, and civic initiatives to lead the way, to form volunteer groups to protect the rights of the Armenian people. They should be placed at the disposal of the [Armed Force] Chief of Staff, and the moment of formation should be considered equivalent to a military oath, which means that they should stand firm and carry out the task set before them,” Pashinyan emphasized.

“We have gone through genocide, and the genocide took place because many used to believe that there might be individuals other than themselves who would stand up for the people’s rights,” said Pashinyan. “There are such people today, but we need to support them because many of them – our heroic soldiers, officers, and volunteers – died for the sake of the homeland and we must take over the baton. We must all rise up.”

Pashinyan reminded the nation that the situation was much more desperate and challenging during the first Karabakh war. “It seemed that there was no way out, but our people found the solution because there were people who took responsibility for the fate of the Armenian people.”

“Our heroes are watching us. They gave everything to the homeland and spared nothing, now it is our turn,” Pashinyan said.

“We are facing quite a difficult situation on the frontline. Fighting is raging on all the way to Artsakh’s southern borders. Our findings have revealed that Azerbaijan is sending its last reserves to the battlefield. They have sizable resources, but our heroic soldiers are inflicting huge losses on the enemy,” Pashinyan said, noting that Azerbaijan’s heavy losses are one of the reasons behind their reluctance to observe the humanitarian ceasefire.

“The humanitarian ceasefire implies that the victims’ bodies should be collected, cared for, and buried. Azerbaijan fears the emergence of tens of thousands of dead bodies against the backdrop of nationwide euphoria. They have huge losses of military equipment, armored vehicles, especially since we have started to attack the Turkish Bayraktars. The humanitarian ceasefire threatens them to expose the dead bodies of mercenaries and Turkish troops,” the prime minister said.

Sen. Markey Says ‘No Choice But to Recognize Artsakh’ Since Baku Continues ‘Illegal Use of Force’