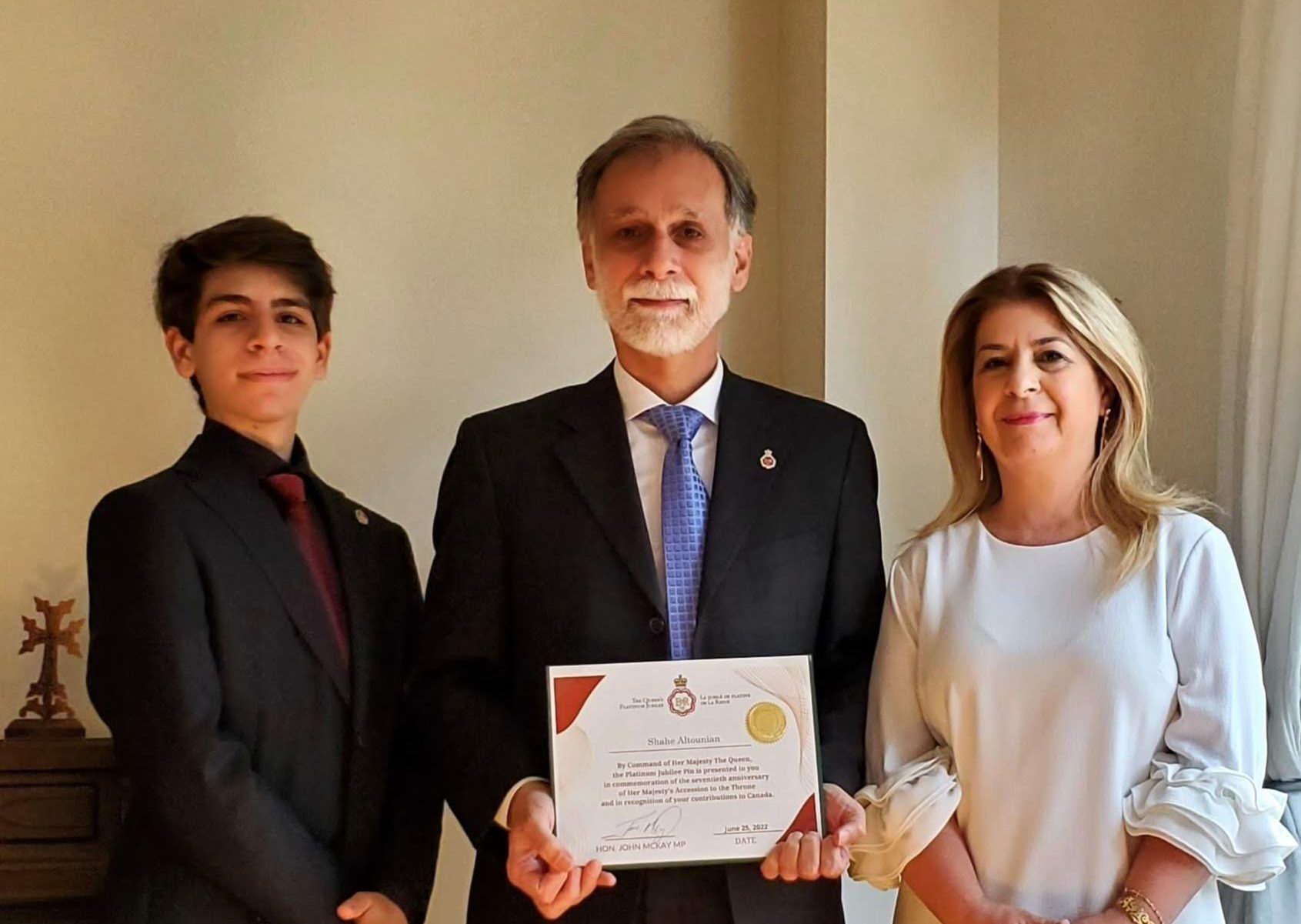 The award ceremony was led by the Honorable John McKay, Member of Parliament and Privy Councillor, and took place in the reception hall of the Scarborough Guildwood Park. “Our heartfelt congratulations go to Mr. Shahe Altounian, his wife Maria, and son Daron,” read a part of a statement released by the church.