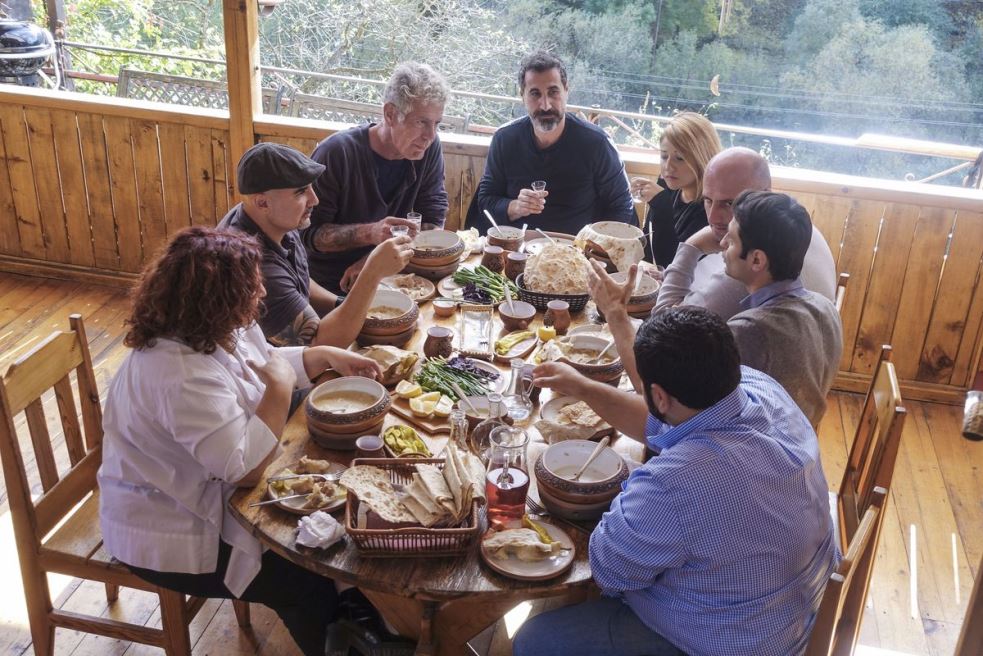 On this week’s episode of Parts Unknown, former chef and current TV host Anthony Bourdain traveled to Armenia with Armenian-American musician Serj Tankian, of System of a Down fame, as well as historian Richard Giragosian, a resident of the country.

During the episode, Bourdain dined at the highly regarded restaurant and learns about the Armenian people’s achievements against tough odds throughout history.