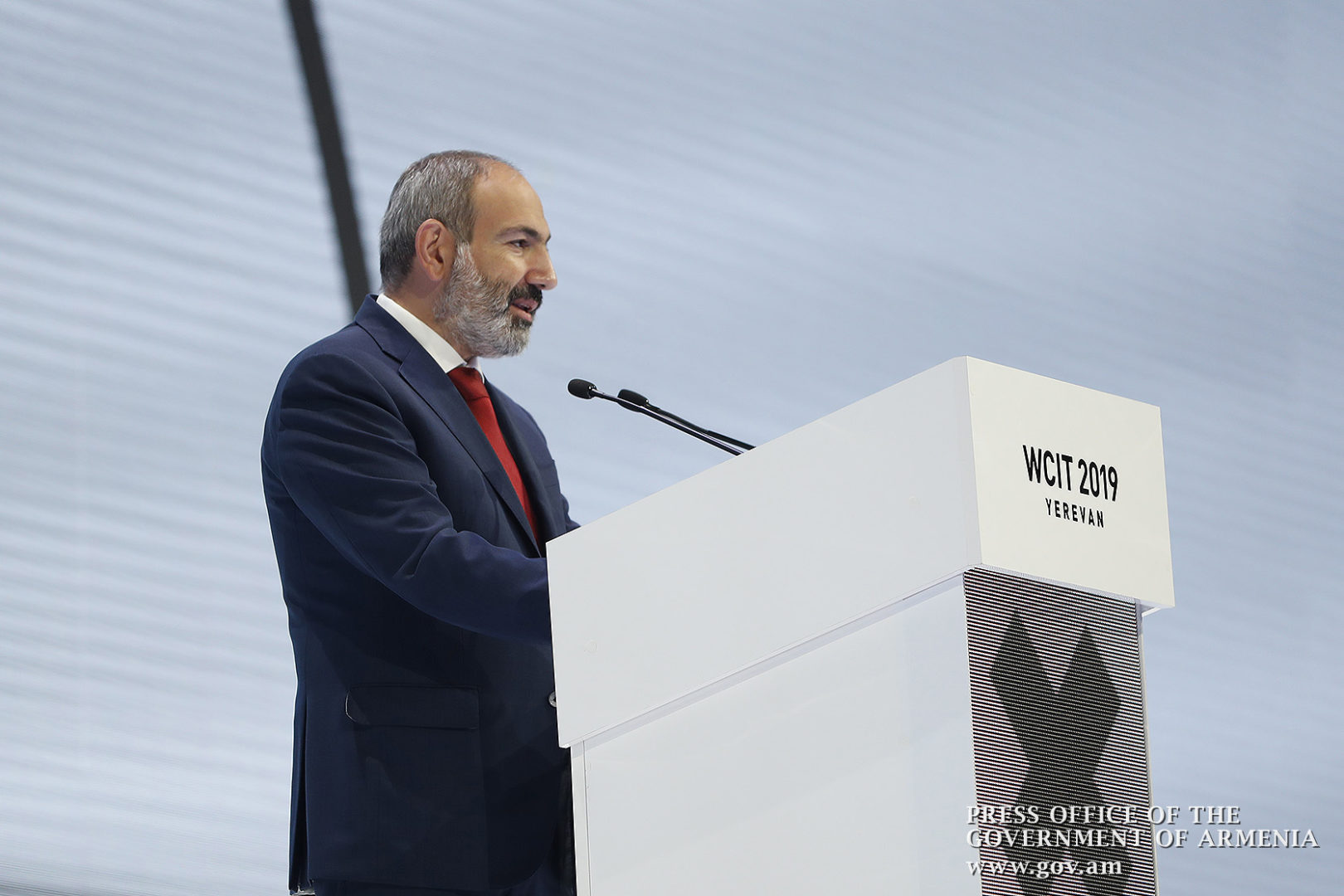 (Armradio)- After the political revolution, Armenia is now in the stage of economic revolution, Prime Minister Nikol Pashinyan said in his opening remarks at the WICT 2019 in Yerevan.

He voiced hope that the ongoing economic revolution would lead to a technological one, making Armenia one of the leading innovative countries in the world, a true technology center.

“This goal seems realistic to us also because many sons of the Armenian nation are the creators of well-known technological innovations,” Pashinyan stated. The Prime Minister then listed the solutions authored by Armenians.

The Prime Minister said the list can be continued.

“All this and the fact that the first Soviet computer named “Nairi” was created in Armenia, the fact that many of our compatriots have actively participated in Soviet and American space programs, the fact that today our compatriots are making serious successes in the field of technology and innovation, give us confidence that Armenia will truly become one of the most important technological centers in the world,” Pashinyan stated.